A Trust Protector and Undue Influence 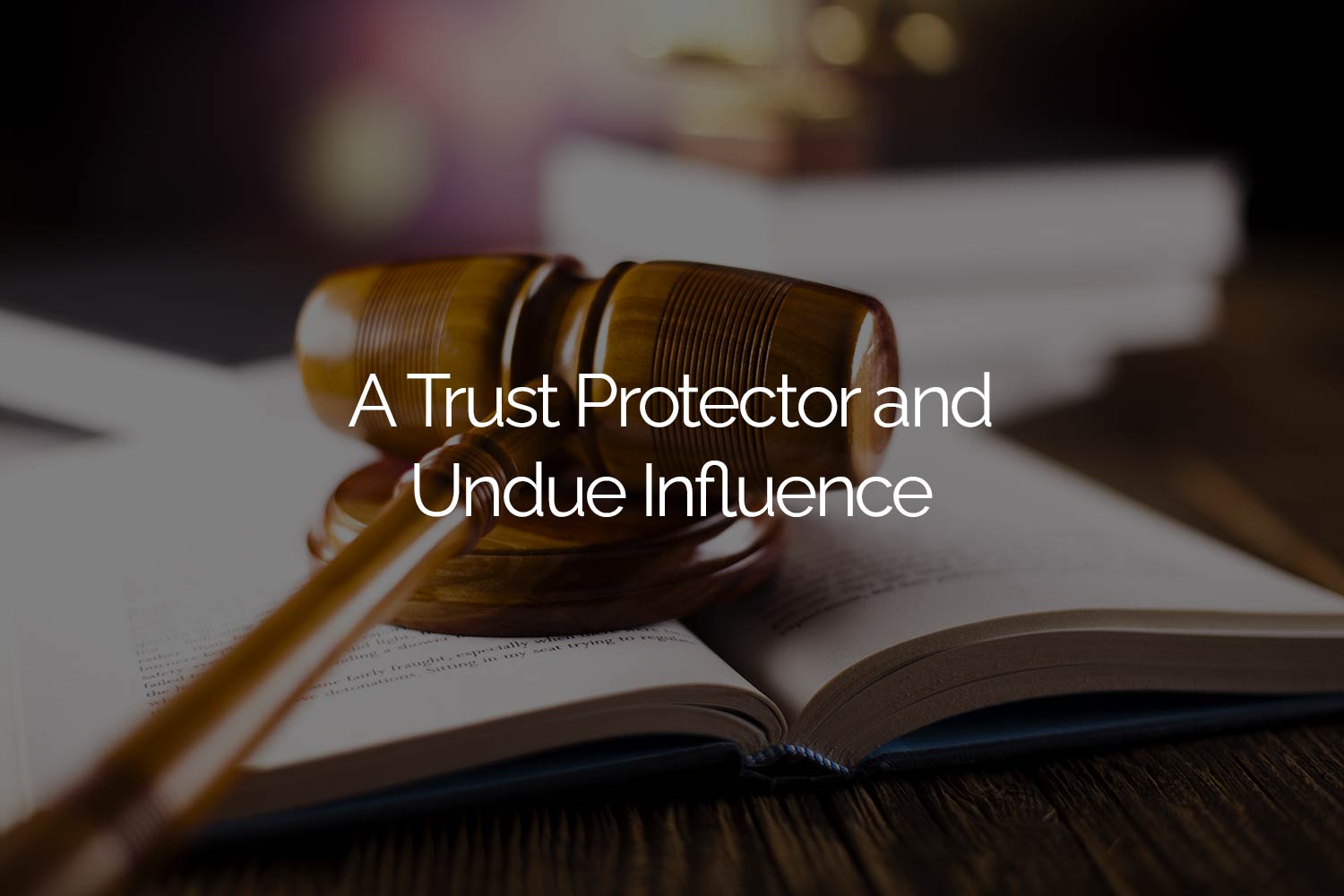 Can undue influence lead to a Trust Amendment via a Trust Protector who is an independent party? This issue was recently litigated in Arizona. In this case, Austin and Kay were married for 57 years. Near the end of their marriage, Austin was diagnosed with Parkinson’s Disease. Austin became romantically involved with his caretaker, Lindi. Austin and Kary divorced; thereafter, Austin and Lindi married.

During Austin and Kay’s divorce, Austin had his attorney, Paul, create an irrevocable trust. The trust provided for the following distributions upon Austin’s death: 45% to Kay, 45% to their children, and 10% to Lindi. The only person that could amend the trust was the Trust Protector, Paul. Paul was not subordinate to Austin within the meaning of IRC 672(c). After the divorce was finalized, Austin requested that Paul amend the trust. Paul added a no contest clause, eliminated Kay as a beneficiary, made Lindi the sole income beneficiary upon Austin’s death, reduced the children’s’ share, and added Lindi’s sons as remainder beneficiaries.

Lindi also met with the corporate Trustees. She told them that they should resign and that the terms of the trust should be altered. Then, she once again contacted Paul to amend the trust; instead of implementing the changes, he resigned as Trust Protector. Paul died five months later.

Paul’s children and Kay filed suit, claiming that Lindi had unduly influenced Austin to request the trust amendments. The suit stated that Austin was in poor health and had diminished capacity, and Lindi indirectly caused the amendments of the Trust Protector by exerting undue influence on Austin to request such changes.

Paul filed an affidavit in the suit regarding Lindi’s role in the amendment process. Paul stated that Lindi had contacted him regarding the changes. She subsequently brought Austin to the office. Lindi did all the talking and requested the amendments while Austin sat silently. Paul requested a meeting alone with Austin. There, Austin told Paul that “he wanted to provide for Lindi but did not want to give her an outright distribution.”

The suit also alleged that even though Austin had named a corporate Trustee, Lindi was acting as Trustee. She managed assets and collected rent from tenants. The Trustee’s representatives stated in the court that they were shocked at Austin’s “obvious incapacity.” He was unable to speak, but Lindi asserted that she understood him perfectly and could speak on his behalf. The Trustee’s representatives testified that Lindi became very angry when she was told that she wouldn’t be getting trust assets outright.

In this ruling out of the Arizona Court of Appeals, the court analyzes A.R.S. § 14-10406, which states “A trust is void, in whole or in part, to the extent its creation was induced by fraud, duress or undue influence.” The court here construed that to mean that a claimant doesn’t have to argue that one exerted undue influence directly over the Trust Protector. Instead, the statute “broadly states that a trust amendment is void if its creation was induced by undue influence.”

In ruling against Lindi, the court also looked to the terms of the trust, which stated that Austin’s intent and objectives should be considered when the Trust Protector was acting. “Therefore, even though the Trust Protector had final authority to approve or reject an amendment, Austin’s input remained relevant, if not dispositive, under the Trust’s terms.” The court went on to rationalize that if someone could be immune from an undue influence argument by not being the Trust Protector, any defendant could avoid liability by “simply pressuring, threatening and exploiting a vulnerable person to do their dirty work.”