How Far Must a State Bend to Accommodate Home Healthcare for a Medicaid Recipient? 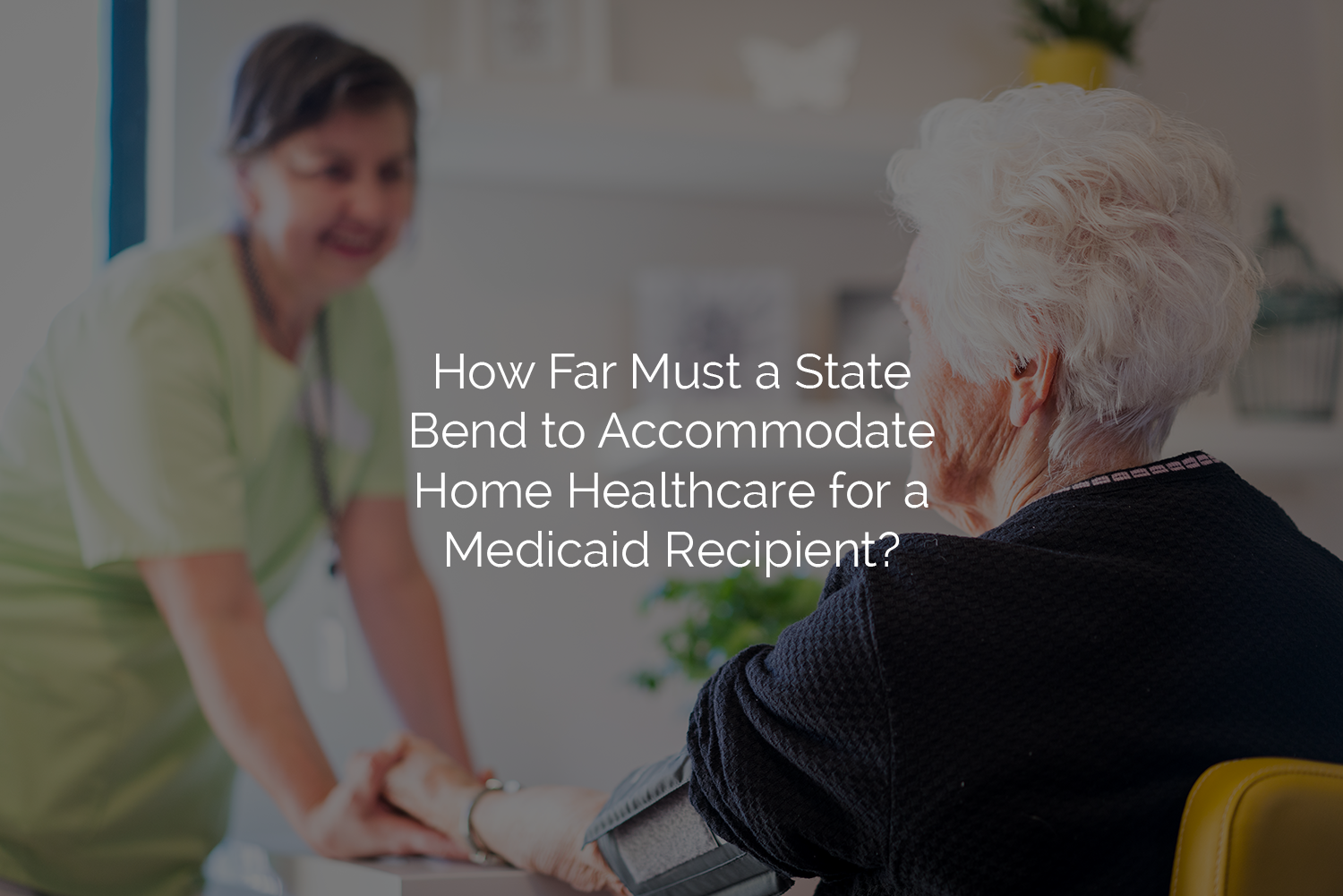 In Vaughn v. Walthall, the Seventh Circuit Court of Appeals faced the question of whether the federal law mandate of anti-discrimination against persons with disabilities compels a state to fund a Medicare recipient’s healthcare in a home setting, regardless of the cost to the state. The appeals court ultimately concluded that the district court’s permanent injunction was too broad, and that if an injunction was still merited, then it would have to be narrowly tailored to any proven violations.

Vaughn, the plaintiff, has lived with quadriplegia for 40 years and received home-based care for over 30 years. She prefers to live at home, which requires 20+ hours per day of in-home nursing care. The Indiana Family and Social Services Administration approved and coordinated Vaugh’s plan of care, funding more than 16 hours per day of at-home nursing services via Medicaid’s prior-authorization services and additional hours of non-medical attendant-care services via the Aged and Disabled waiver program (“A&D waiver”). Under the A&D waiver program, Vaughn could choose her own caregivers, and arrange for them to receive A&D waiver funds. However, under the prior-authorization services, she could not personally direct nursing care. Under both programs, providers were paid at the state’s federally approved Medicaid rates for the services they performed. Then, Vaughn was hospitalized with pneumonia. She was cleared to be discharged within a week, but the home-health agency that had been managing her care could not resume its services. The agency had reassigned its nurses, because it could no longer afford to provide care at the low Medicaid reimbursement rates. The FSSA contacted over 50 other home-health agencies, but none accepted Vaughn as a client, causing her to remain in the hospital against her will.

Several months later, Vaughn contacted the FSSA to request 22 hours of nursing services and 2 hours per day of attendant care, with permission to self-direct all her care, not just the attendant portion. She proposed that the state would bankroll everything using funds from the prior-authorization or waiver program, or other public health care programs. However, this was not authorized under Indiana’s existing regulations. Furthermore, she wanted capacity to hire individuals without the credentials the state considered necessary. Vaughn insisted that she could train these individuals for her particular type of care. Her doctor and social worker supported the request. The FSSA denied the request, and instead continued to look for a home-health agency that would accept her as a client, but could not do so, and several months later Vaughn was transferred to a nursing home. She filed a complaint in the district court, bringing claims under the Americans with Disabilities Act (ADA), 42 U.S.C. § 12132; section 504 of the Rehabilitation Act, 29 U.S.C. § 794; and the reasonable‐ promptness provision of the Medicaid Act, 42 U.S.C. § 1396a(a)(8). The FSSA maintained its stance that her nursing care be coordinated through a home-health agency rather than through self-direction, but was unable to find such an agency willing to provide care at Medicaid rates.

The District Court granted summary judgment in favor of Vaughn, and granted a permanent injunction requiring the state to “do whatever is necessary to achieve the result” Vaughn desired, which is to say, round-the-clock home-based care, fully paid for by the state. In complying with this injunction, the state entered into a contract with Tendercare, a home-health agency, to provide nursing care at $65 an hour. The Medicate rate was $43.34. Because the contract exceeded the Medicaid cap, the state was not authorized to use federal Medicaid funds to pay Tendercare. The state then appealed both the summary judgment and the permanent injunction.

Under regulations promulgated by the Attorney General, when a state provides services for its residents, it must administer them “in the most integrated setting appropriate to the needs of qualified individuals with disabilities.” 28 C.F.R. § 35.130(d). But the obligation to integrate is not absolute; it requires “reasonable modifications…when the modifications are necessary to avoid discrimination on the basis of disability, unless the public entity can demonstrate that making the modifications would fundamentally alter the nature of the service, program, or activity.” 28 C.F.R. § 35.130(b)(7)(i) (emphasis added). The relevant case law has further clarified that in deciding whether there has been a violation of the integration requirement, some version of the reasonable modification provision and the fundamental alteration defense must be considered, “taking into account the resources available to the state and the need to avoid discrimination.” Steimel v. Wernert, 823 F.3d at 915.

The appeals court did not agree with the district court’s holding that Vaughn’s proposed modifications were minor and reasonable, and that the state had not carried its burden to prove a fundamental alteration, and thus remanded. In doing so, the court noted changes in the field which proved the state’s point that it does not have unilateral authority to make the modifications to its programs necessary to grant Vaughn’s requests. The appeals court explicitly agreed that a state must offer accommodations only if they conform to federal requirements for Medicaid service approval and funding. However, the court noted that the question of the lawfulness of delegation of certain tasks to unlicensed persons was not answered at the district court level, and so summary judgment was premature.

ElderCounsel is here to keep you up-to-date on cases throughout the country. Contact us today to learn about all of the benefits of membership, including access to our document drafting software, ElderDocx.