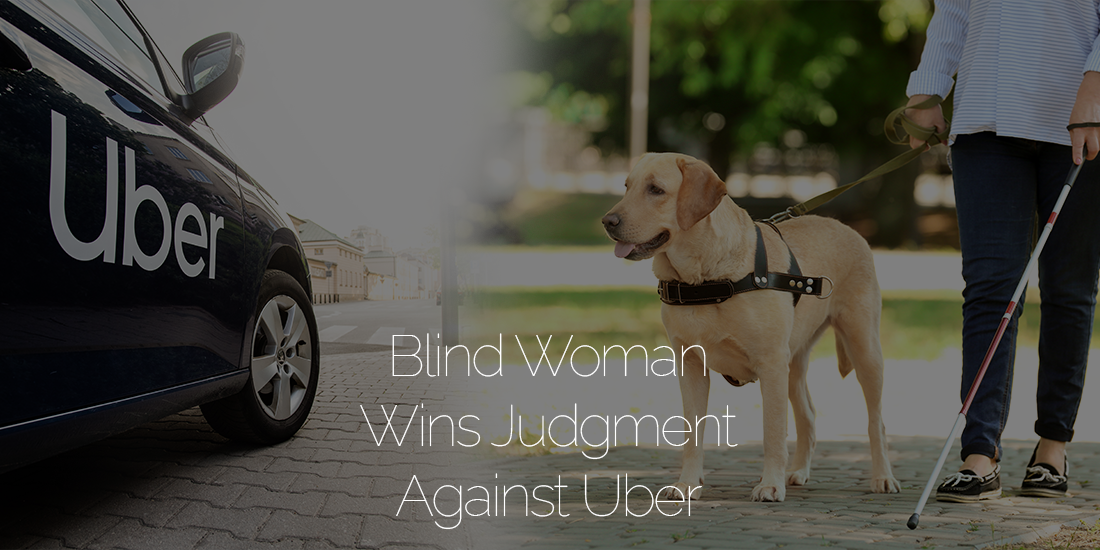 Ms. Irving, a blind woman, lives in San Francisco. In 2018, she filed a Complaint against ride-share giant, Uber, alleging that she was discriminated against during various encounters with Uber drivers. Ms. Irving alleged that drivers refused to pick her up at least fourteen different times, and as such she was late for work on a few occasions and eventually lost her job. The reason that the drivers refused to let her in their car was that she had a guide dog with her. She also alleged that drivers employed by Uber left her in unsafe places at late hours, spoke to her in an abusive way, cut trips short before Ms. Irving had reached her destination, and on at least one occasion falsely claimed that Ms. Irving was at her destination when in fact, she was not.

Ms. Irving filed suit against Uber, alleging violations of the Americans with Disabilities Act (ADA). The ADA gives various protections to folks with disabilities, but it only applies to companies with 15 or more employees. Uber claimed that it was not subject to ADA requirements because drivers were independent contractors and not employees.

The arbitrator disagreed with Uber, finding that it is irrelevant if the drivers are independent contractors. Uber had a contractual relationship with drivers and Uber failed to prevent such discrimination via proper driver training.

Indeed, Uber wasn’t oblivious to the problem of individuals with disabilities being denied rider services. In May 2017, the National Federation of the Blind resolved certain allegations of discrimination with Uber. A settlement agreement was reach whereas Uber would revise their policies and training procedures so that drivers would be educated on non-discrimination rules. Drivers would be terminated if they were known to deny rides to those riding with a service animal. (A similar settlement agreement was reached with Lyft.)

Those with disabilities that limit or preclude driving would obviously benefit from ride-sharing services. And this recent case in California shows that Uber has responsibilities to ensure these folks have access to their services. The National Federation of the Blind would like to hear from anyone who is in a similar circumstance and would like to test Uber’s commitment to their legal obligations.