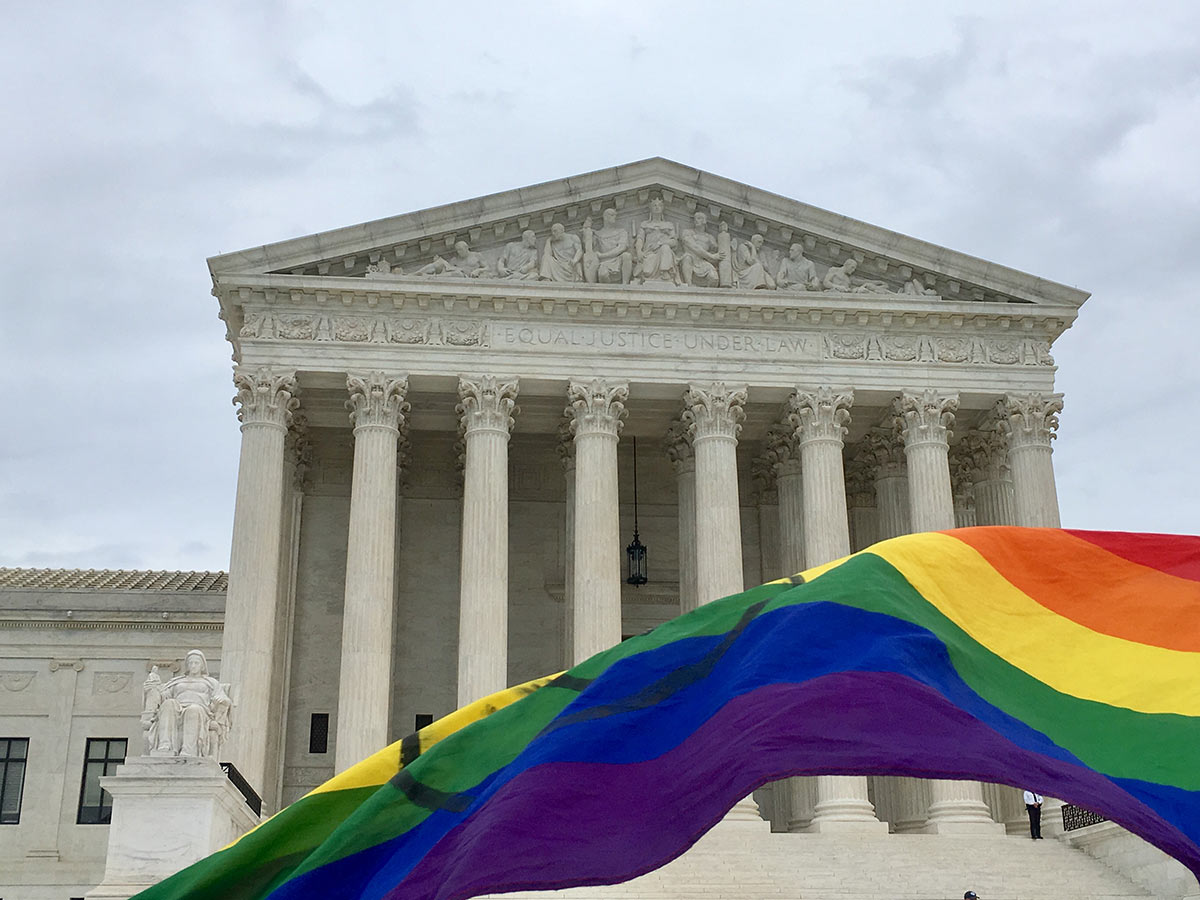 Title VII of the Civil Rights Act of 1964 prohibits employment discrimination “because of…sex.” In Bostock v. Clayton County, the Supreme Court held that this encompasses discrimination based on an individual’s sexual orientation, with Gorsuch authoring the opinion for the majority, and dissents by Alito and Kavanaugh. The majority opinion considers the ordinary meaning of the words in question, and concludes that discrimination on the basis of homosexuality or transgender status requires the employer to intentionally treat employees differently because of their sex. The opinion explains its stance simply: “An employer who fires an individual for being homosexual or transgender fires that person for traits or actions it would not have questioned in members of a different sex. Sex plays a necessary and undisguisable role in the decision, exactly what Title VII forbids.”

The court gives an example in their opinion. Say an employer has the policy of firing anyone who is homosexual. That employer hosts an office party and tells all employees to bring their spouses. One model employee approaches the boss at the holiday part and introduces their spouse, Susan. Will that employee be fired? Well, to reach the conclusion you would have to analyze the sex of the employee. While the goal was to discriminate based upon sexual orientation, one must first analyze the employee’s sex to reach that ultimate goal.

Because the language of the statute thereby unambiguously prohibits the discriminatory practice, the Court gave no weight to legislative history, despite acknowledging that in 1964 few would have anticipated that Title VII would apply to discrimination against LGBTQ individuals. In Gorsuch’s words, “Only the written word is the law, and all persons are entitled to its benefit.” However, this forms the basis of Alito’s dissent, which argues that the majority is actually revising Title VII to “better reflect the current values of society” under a textualist guise. Kavanaugh, on the other hand, argued in his dissenting opinion that, as written, Title VII does not prohibit discrimination on the basis of sexual orientation or transgender status at all.

The result of this decision is that federal law protects LGBTQ employees throughout the country. Previously, only 21 states prohibited job discrimination based on sexual orientation or gender identity, while seven more states provided that protection only to public employees. This case provides some measure of job security to LGBTQ individuals in the states in which they previously had no such protections, and is thus considered a major victory by gay and transgender advocates. And elder law attorneys can now advise their clients with confidence that the client’s status as being homosexual or transgender is protected under federal law with regard to employment discrimination.

ElderCounsel is dedicated to the professional development and full practice support of elder law attorneys through education, collegiality, practice development, and our document drafting system. Being an attorney is very different from running your own law firm. Contact us and learn how we can help you keep up in an ever-changing elder law environment and sustain a successful practice.