Can a Child Caretaker Work Outside the Home? 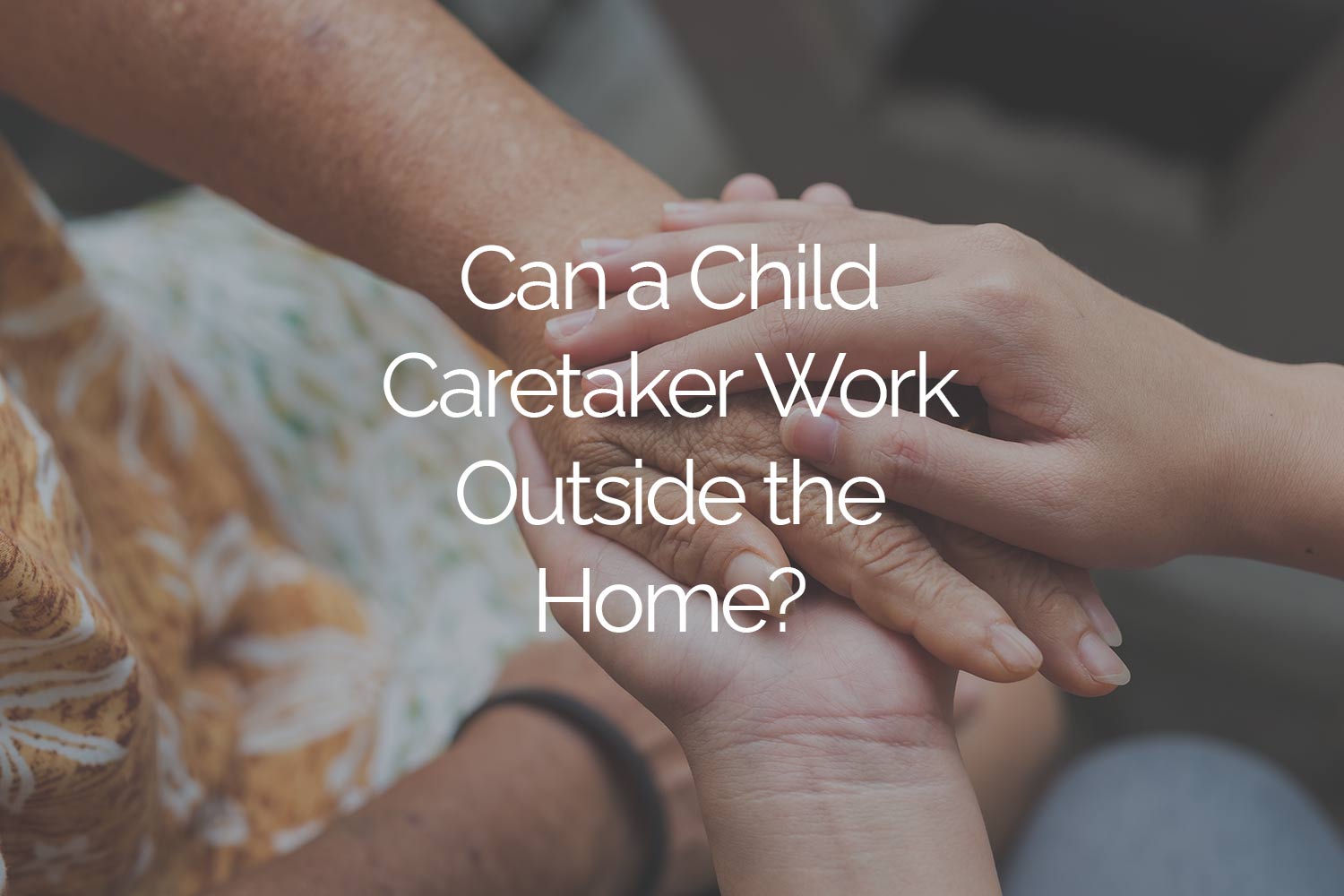 Qualifying for long-term care Medicaid can be tricky. There are strict asset and income limits. Elder law attorneys help clients get qualified for Medicaid using variety of strategies. Some of these strategies revolve around how to plan for the client’s home.

In most states, the home is an exempt asset if the client has an intent to return home. The home is also exempt if there is a community spouse, disabled or blind child, or child under the age of 21 still living in the home. However, planning is still sometimes sought in these situations to avoid estate recovery.

One planning technique is to transfer the home to a child caretaker. This planning strategy is the result of 42 U.S.C. § 1396p(c)(2), which states:

Most states have taken the position that the care must be provided by the child in order for the transfer of the home not to be penalized. But can home aides also provide some care? Can the child work outside the home and still qualify for the child caretaker exemption? In a recent case out of New Jersey, these issues have been clarified for that jurisdiction and home aides were allowed.

In this case, M.M. was diagnosed with Alzheimer’s Disease in 2008. Her son, A.M., provided exclusive care to her until September 2012. He would “prepare her meals, take her to her doctor's appointments, help her dress and bathe, drive her to see family and friends, help her manage her finances, help her with her medications, walk and shop with her, do her laundry and household chores, take her to church and assist her in any way she needed.”

A.M. also worked outside of the home as a teacher. In 2012, M.M.’s illness had progressed to the point that she needed more care and so A.M. hired aides to help her, using M.M.’s funds to pay the aides. However, A.M. still assisted M.M. in the mornings before work and in the evenings after work. He also provided needed care to her overnight. He assisting her with getting in and out of bed, walking to the bathroom, and toileting. He also helped her dress, bathe, and groom. He even reduced his hours at work and passed on a promotion that would have required more of his time.

A.M., as M.M.’s power of attorney, filed an appeal. He argued that the child caretaker exemption applied and so the 2014 transfer of the home interest to himself shouldn’t be penalized. An Administrative Law Judge actually ruled in M.M.’s favor, but the Acting Director did not adopt that ruling in Medicaid’s final agency decision. M.M. appealed.

The Acting Director did acknowledge that there is no requirement that the child not work outside the home. However, the Acting Director argued that A.M. failed to prove that he reduced his hours at work provide care for M.M. The Superior Court of New Jersey disagreed, stating that there wasn’t a statutory requirement that the child only work a certain number of hours or only receive a certain amount of income.

The Acting Director also argued that A.M. did not prove the level of care provided to M.M. beyond what would normally be expected from a child. The court disagreed, pointing to a medical report that indicated A.M. was his mother’s primary caregiver and without his help, M.M. would have had to go into long-term care years before she did. The court also said there was ample evidence that A.M. provided substantial care to M.M. in the mornings, evenings, and overnight.

Finally, the Acting Director argued that the child caretaker exemption doesn’t apply because M.M. paid for her own care. The court disagreed, stating that there was no legal support for the conclusion that the source of funds used to pay for care had any legal importance. “The regulation does not, however, require that the child caregiver finance all of the care provided to a parent to qualify for the exemption.”

In the end, M.M. won her case and the court provided much needed clarification on many issues. In New Jersey, in order for the caretaker child exemption to apply:

Great news out of New Jersey!