Case Law: Do Plaintiffs have a Private Right of Action? 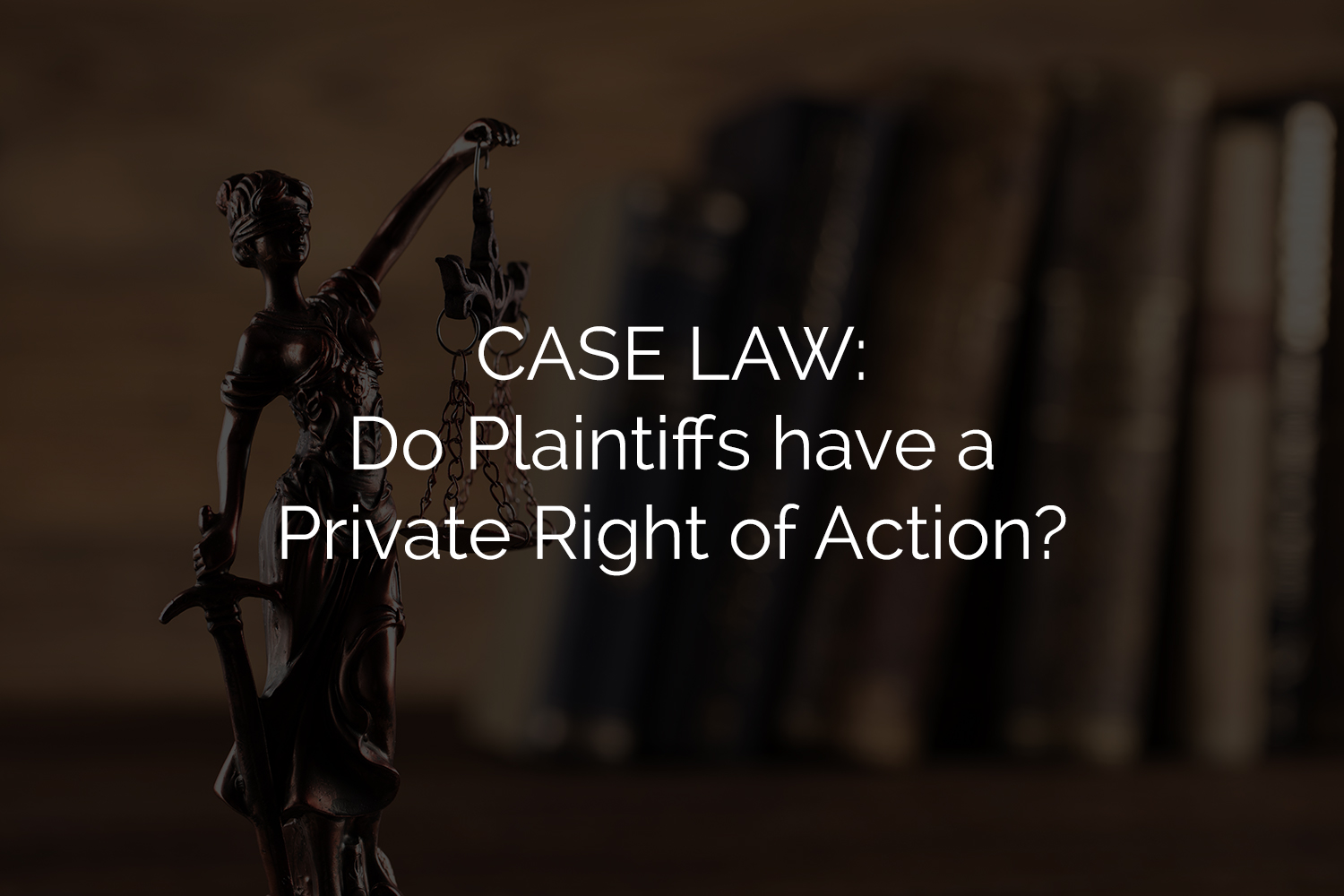 Determining whether a federal or state statute gives someone a private right of action can be tricky. In the absence of such right, plaintiffs can possibly be left with no redress. In Nasello v. Eagleson, the Seventh Circuit affirmed the district court’s dismissal of a suit against the state of Illinois for alleged Medicaid violations, stating such private right of action did not exist.

The plaintiffs in this case were classified as “medically needy” for the purpose of the Medicaid program. Meaning, that although they have a higher income than the allowable limit, they have steep medical expenses and have spent enough of their income and assets to qualify for Medicaid. The question in the suit was how much these plaintiffs were required to spend, or, alternately, how much of their current income or assets the state deems available for medical purposes.

The plaintiffs argued that medical expenses incurred prior to being classified as “medically needy” should be treated as money spent on medical care under the program, while the state argues that plaintiffs’ past and outstanding bills are not equivalent to their current medical outlays. The district court dismissed the suit on the pleadings, holding that the plaintiffs had no judicial remedy.

The court here ruled that Congress did not create a private right of action to enforce §1396a(r)(1), the section of the statute that forms the basis of the plaintiffs’ suit, for the breach of which there are administrative remedies instead. Although the Supreme Court has occasionally created implied rights of action, the Seventh Circuit distinguished that precedent from this case by noting that implied rights of action have pertained to the creation of direct private rights, rather than when the statute sets conditions on states’ participation in a program, as §1396a(r)(1) does.

In the alternate, plaintiffs argued that the state violated §1396a(a)(8), which requires a state’s plan to “provide that all individuals wishing to make application for medical assistance under the plan shall have opportunity to do so, and that such assistance shall be furnished with reasonable promptness to all eligible individuals[.]” The district court pointed out, and the Seventh Circuit agreed, that the problem with this claim is that the plaintiffs are in fact receiving benefits, and that their Complaint is not regarding the time at which the benefits are paid but rather the amount.

The plaintiffs also argued discrimination in violation of the Americans with Disabilities Act. Although the plaintiffs are disabled for the purposes of that act, considering their need for full-time care at skilled nursing facilities, the Court here ruled that it does not appear that the state is discriminating against them on account of their disabilities. As the Seventh Circuit opinion so scathingly put it, “That the benefits are not as high as they want is not a form of discrimination.”

When someone feels as if their Medicaid benefits are not being administered properly, timely, or in the right amount, it can be daunting to seek a remedy. Does a private right of action exist to address a claim? An elder law attorney can help clients navigate the tricky ins-and-outs of Medicaid claims.