Case Law: Medicaid Recipient Must be Screened for Eligibility for Other Programs 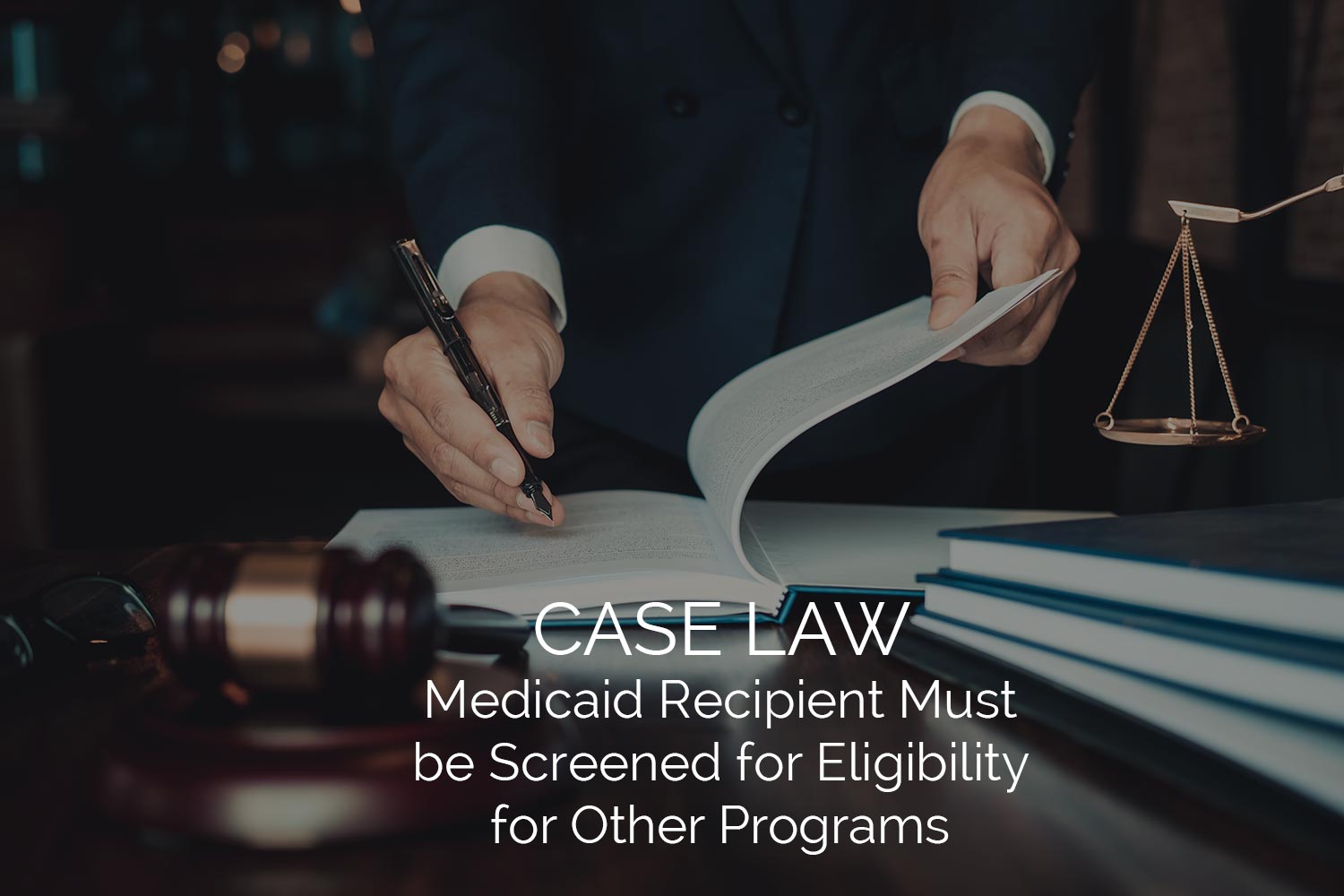 In D.C. and M.L. v. Division of Medical Assistance and Health Services, New Jersey’s intermediate Appellate Court determined that federal regulations require Medicaid agencies to determine whether petitioners are eligible for other Medicaid programs before they may properly terminate benefits.

The petitioners, a married couple, were insured under the Aged, Blind, and Disabled (ABD) program when they became ineligible for that program. The Essex County Board of Social Services (Board) then terminated their benefits, and set the termination date for the end of August. The petitioners then applied for the Specified Low-Income Medicare Beneficiaries (SLMB) Program on August 30, and were advised that, although they qualified for the SLMB Program, their application could not be processed until the ABD Program benefits terminated. The petitioners contend that prior to termination, they should have been screened for other Medicaid programs, and transferred with no gap in coverage.

An Administrative Law Judge (ALJ) determined that the Board did terminate the petitioners’ benefits properly. In 2018, the New Jersey Department of Human Services (DHS) issued a final agency decision adopting the ALJ’s decision. The petitioners then appealed to the Superior Court of New Jersey, Appellate Division. The Superior Court concluded that, because federal regulations require state Medicaid agencies to assess beneficiaries’ eligibility for other Medicaid programs before terminating benefits, petitioners should have been transferred without a gap in coverage. The Superior Court therefore reversed the previous decisions in the case.

The Superior Court concluded that petitioners should have been transferred without a gap in coverage because federal regulations require state Medicaid agencies to assess beneficiaries’ eligibility for other Medicaid programs before terminating benefits. First, the court determined that the DHS’ characterization of the SLMB program as a “Medicare savings program that allows states to pay Medicare Part B premiums,” rather than a Medicaid program was a mischaracterization. Then, the court noted a series of cases and federal regulations regarding the requirement to assess for eligibility under other Medicaid programs, culminating in a Communication issued by a division of the DHS itself, reminding administrators that, pursuant to the 2012 amendment to 42 C.F.R. § 435.916, “prior to termination of [benefits], individuals must be assessed for eligibility for all other Medicaid programs” in order to “ensure[] no gap in coverage.”

Helping clients navigate eligibility for public benefits can be tedious work. It is important not only to analyze financial and medical eligibility, but to also best ensure a seamless transition, should benefits change. Having case law that supports the applicant can be invaluable in advocating their case. And in New Jersey, it has been demonstrated by the instant case that the state Medicaid agency has certain duties when terminating an applicant’s Medicaid benefits.