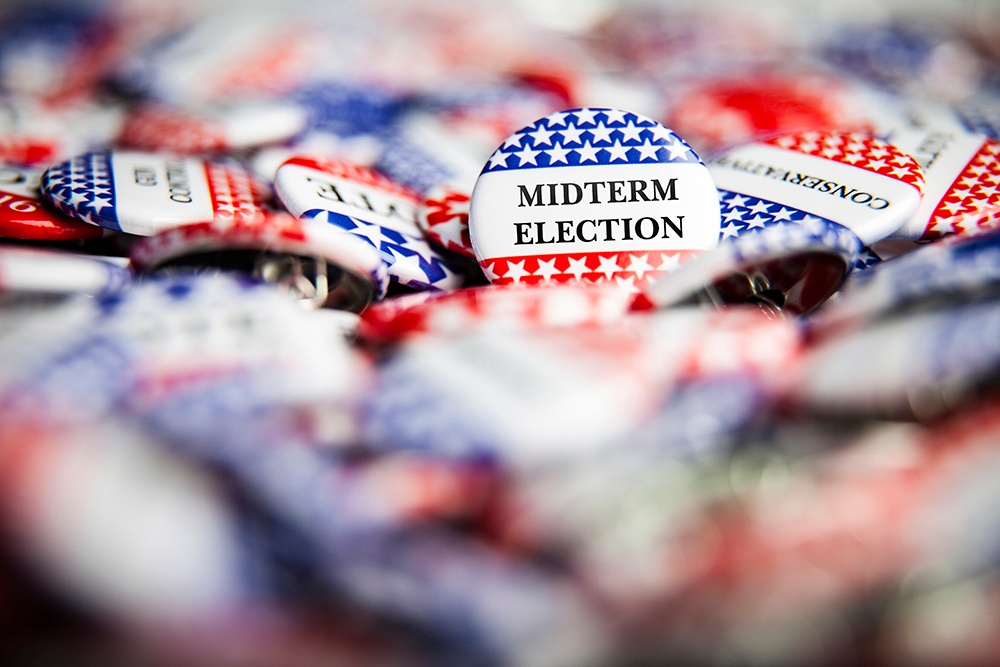 This week brought mid-term elections and predictions on how the results will affect certain demographics and parties.  Let’s take a look at how the outcome of the elections may impact seniors.

Republicans retained control of the Senate, but Democrats took control of the House of Representatives.  What does that mean for progress going forward?

With President Trump still at the helm, he will likely continue his policy of restricting access to Medicaid through work requirements.  Arkansas was the first state to implement work requirements earlier this year.  Data from the June implementation shows that roughly 4,600 people lost Medicaid coverage due to the new requirements.  Wisconsin was the latest state to receive federal approval for their Section 1115 waiver aimed at Medicaid work requirements, obtaining approval on Halloween.  It is likely that this trend will continue.

The Tax Cuts and Jobs Act became effective January 1, 2018.  The Congressional Budget Office, a non-partisan organization, estimates that the Act will add roughly $1.8 trillion to the deficit.  David Certner, the legislative policy director at AARP, stated “Social Security has been getting more attention recently, largely as a result of the tax bill. There’s more talk about cutting programs like Social Security to address the growing deficit.”

Democrats often have the stance to save or grow entitlement programs, while Republicans often vote to restrict or cut them.   With Congress split, it seems unlikely any decisions to cut Social Security will pass. The current average wait time to receive disability benefits is 600 days.  Many advocates cite this statistic as a sign the program is struggling, as well as the long wait times in person and on the phone.  Some good news?  The most recently passed appropriations bill increased social security funding by $480 million, which was passed by Republican leaders.

It is estimated that Medicare’s trust fund will fall short by 2026.  House Republicans had proposed a budget that would give seniors the option to enroll in private health plans, through a voucher system.  Since there is now a divide in the Congress, it is unclear on whether this budget will move forward, or if a revised plan will be proposed.

Minorities in Congress and State Legislatures

Proposition 13, passed in 1978, was a measure aimed to keep property taxes in check in California.  Under the measure, annual property tax rates were capped at 2% per year.  When a home is sold, the property is reassessed and the new tax base is applied to the home purchase.  Yesterday, voters defeated Proposition 5, which would have expanded Proposition 13 to allow folks aged 55 and over to sell their home and still apply the lower tax rate to a purchase of another home in any county, if that new county allowed for it.

Proponents argued that the measure would free up larger homes for families with children.  Critics were concerned that it was a tax give away to those who didn’t need it and the loss in local revenue would mean a short-fall in the budget.  However, don’t lose sight of Proposition 13 – there will be another measure on the ballot in 2020 effecting the proposition, one to remove commercial property from the protections of Proposition 13.

Montana had an initiative on the ballot to increase taxes on tobacco products and use the revenue to expand Medicaid eligibility under the Affordable Care Act, mainly to aid in Medicaid coverage for working people who still live in poverty.  Voters shot down the initiative, with roughly 54% of voters declining to implement the change.  The Bill would have added a $2 to a pack of cigarettes.

A measure on the ballot in Ohio would have capped the price of prescription drugs purchased by the government, including Medicaid purchases, to the price that the Department of Veterans Affairs pays.  Voters elected not to pass the bill, after drug makers spent $49 billion in campaigning against the measure.

Summary
Elections matter!  While Democrats did not sweep the polls like they predicted, they did win a chamber of Congress.  Also, voters showed that they want politics to be more inclusive.  What will this mean for policy making going forward?  Time will tell, but it is important to remember that just because someone has a particular political viewpoint that you don’t agree with, their voice is still important.  Hopefully, the results of this mid-term election will help our country come together to tackle tough topics and find meaningful and impactful solutions.