Lawyers in the Middle, Between Trustees and Beneficiaries to Whom is Owed the Duty of Confidentiality? 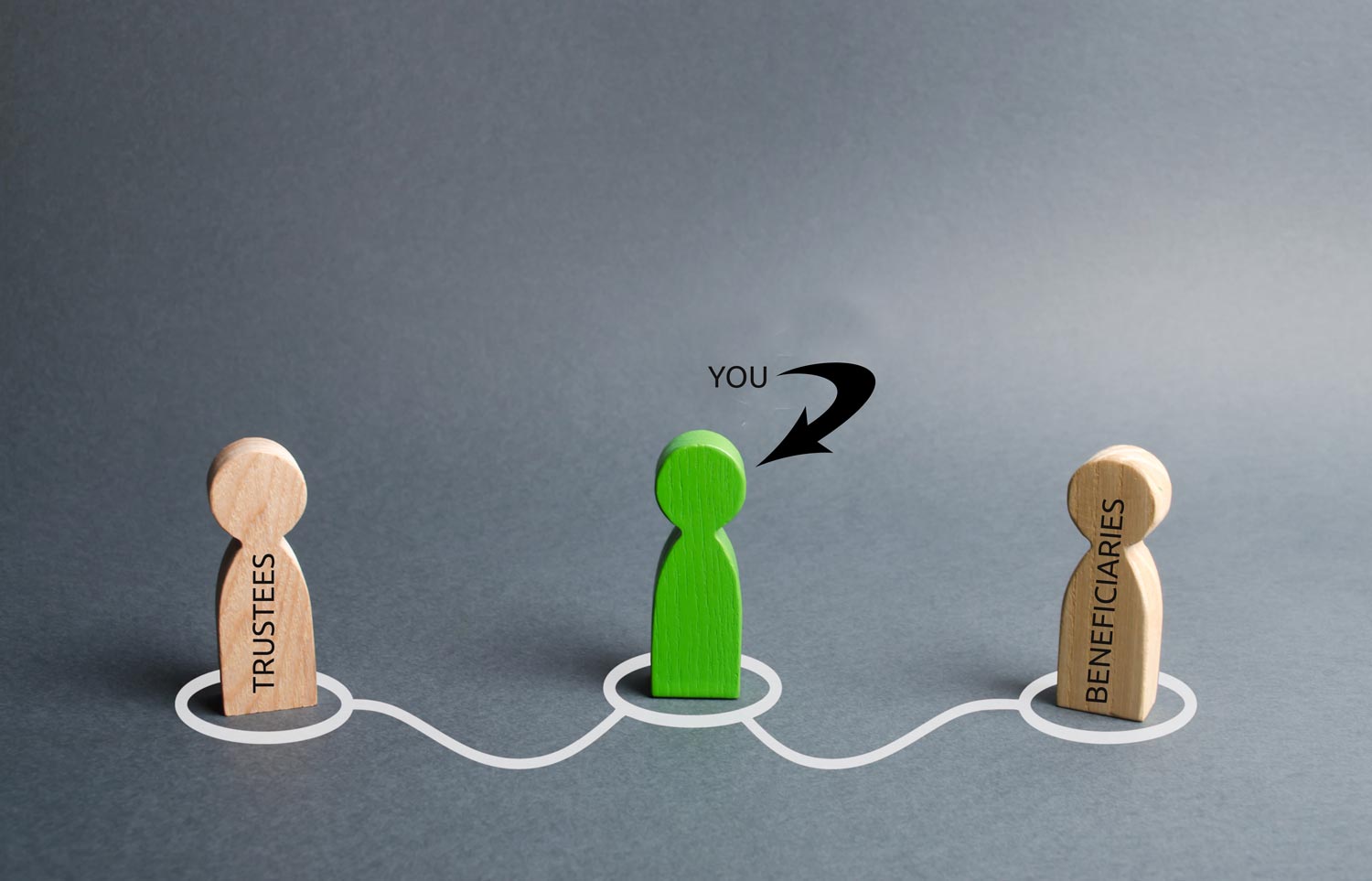 Some jurisdictions have adopted a doctrine known as the “fiduciary exception” to the attorney-client privilege. This holds that beneficiaries have the right to disclosure of legal advice as it relates to fiduciaries’ conduct in administering their fiduciary duties.

Commentary to the Uniform Trust Code has acknowledged the issue but has left it to the courts to decide.[1] Federal courts have resolved the issue in circumstances unique to federal law. State jurisdictions are split on the question.[2]

The Arkansas version of the UTC that sets forth a trustee’s reporting duties alludes to, but does not answer, the “fiduciary exception” question. The text of the statute merely delimits a trustee’s duties to keep beneficiaries generally informed.[3] The commentary to the statute states: “The drafters of this Code decided to leave open for further consideration by the courts the extent to which a trustee may claim attorney-client privilege against a beneficiary seeking discovery of attorney-client communications between the trustee and the trustee’s attorney.”

The statutory commentary, referred to above, explains the tension between confidentiality and disclosure of legal advice as follows:[4]

The courts are split because of the important values that are in tension on this question. “The [attorney-client] privilege recognizes that sound legal advice or advocacy serves public ends and that such advice or advocacy depends upon [confidentiality, which fosters] the lawyer's being fully informed by the client.”[5] On the other hand . . . this section [of the statute] requires that a trustee keep the qualified beneficiaries reasonably informed about the administration of the trust and of the material facts necessary for them to protect their interests, which could include facts that the trustee has revealed only to the trustee’s attorney.

There is authority for the view that the trustee is estopped from pleading attorney-client privilege in such circumstances. In the leading [Delaware] case, Riggs Nat’l Bank v. Zimmer,[6] the court reasoned that the beneficiary, not the trustee, is the attorney's client . . . . This beneficiary-as-client theory has been criticized on the ground that it conflicts with the trustee's fiduciary duty to implement the intentions of the settlor, which are sometimes in tension with the wishes of one or more beneficiaries . . . . Prominent decisions in California and Texas have refused to follow Delaware in recognizing an exception for the beneficiary against the trustee's attorney-client privilege.[7]

The Restatement (Third) of Trusts differentiates between three sets of facts. Where a trustee has retained counsel for the trustee's personal protection in actual or anticipated litigation, the fiduciary exception does not apply and the information remains protected from beneficiaries. However,

[t]his situation is to be distinguished from legal consultations and advice obtained in the trustee's fiduciary capacity concerning decisions or actions to be taken in the course of administering the trust. Communications of this latter type are subject to the general principle entitling a beneficiary to information that is reasonably necessary to the prevention or redress of a breach of trust or otherwise to the enforcement of the beneficiary's rights under the trust.

When a beneficiary's request for information may encompass sensitive, private information acquired by the trustee about other beneficiaries, the extent of the trustee's duties may require a balancing of competing interests. While recognizing the requesting beneficiary’s “need to know” . . . a trustee – and ultimately a court – may need to provide some response that offers a compromise between the confidentiality or privacy concerns of some and the interest-protection needs of others.[8]

B. The Fiduciary Exception in Government Management of Tribal Trust

Citing the Restatement’s caution against deciding privilege cases solely on the basis of who paid for the attorney’s services, the Jicarilla Court modified the Riggs characterization of that factor as “significant.”[11] Rather, the Court wrote, “who pays for the legal advice, although potentially relevant, is not determinative in resolving issues of privilege.”[12]

C. The Fiduciary Exception in the ERISA Context

The Ninth Circuit has applied the “fiduciary exception” to permit an ERISA beneficiary to discover internal memoranda between an ERISA plan administrator and in-house counsel, on grounds that the disclosure duty is broad in the ERISA statutory context and, also, because the communications were addressed to interpreting the ERISA contract and they did not address any civil or criminal liability on the administrator’s part.[13]

A North Carolina district court magistrate[14] protected legal advice regarding amending the ERISA plan,[15] and advice given on foreseeable litigation against administrators, but applied the “fiduciary exception” to require disclosure of manner in which plan changes were to be communicated to beneficiaries.[16]

The following elements of law are additionally relevant in crafting the attorney’s position on attorney-client confidentiality.

A. Privity of Contract

A treatise notes that

B. Rules of Evidence

The evidentiary rules state that there is no attorney-client privilege running between a lawyer and joint clients, “[a]s to a communication relevant to a matter of common interest between or among two or more clients if the communication was made by any of them to a lawyer retained or consulted in common, when offered in an action between or among any of the clients.”[18]

The professional responsibility rules define conflicts of interest, which conflict clients may waive.[19] Generally under the rules, an attorney should not represent a client if the representation will be directly adverse to another client.

C. Lawyers’ Duty to Inform Clients of Scope of Relationship

Regarding conflict-of-interest questions that potentially arise in estate planning and administration, the professional responsibility rules require lawyers to communicate to the client the nature of the attorney-client relationship.[20]

The results of the privilege issue tend to fit within the following categories of fact:[21]

➢        Where the information sought is not otherwise required by statute, and where it concerns decisions or actions to be taken in the course of administering the trust, beneficiaries should be entitled to disclosure of the information, if it is reasonably necessary to prevent or redress of a breach of trust, or if it is otherwise germane to the enforcement of the beneficiary's rights.

➢        When a beneficiary’s request for information may encompass sensitive, private information acquired by the trustee about other beneficiaries, the extent of the trustee’s duty to disclose should require a balancing of competing interests.

➢        Where a trustee has retained counsel for the trustee's personal protection in actual or anticipated litigation, the fiduciary exception should not apply and the information should remain protected from beneficiaries. However, in this circumstance, the lawyer should withdraw from representing both the trustee or executor and the beneficiaries, in light of adversarial conflict of interest.

➢        Other factors that may help identify the client include who pays the attorneys’ fees,[22] and who benefits from the legal advice.[23]

Otherwise, because lawyers are required to inform clients of the scope of the confidentiality privilege and the nature of the attorney-client relationship, text is offered, in an Appendix following, that should be added to the Firm’s engagement agreements.

Where an adversarial relationship between fiduciaries and beneficiaries is not (yet) foreseeable, and where communications between fiduciaries and lawyers concern estate administration, the lawyer should counsel the fiduciary to provide information to beneficiaries, even though the legal counsel would otherwise be covered by attorney-client confidentiality. However, where the relationship between fiduciary and beneficiary may be or has become adversarial, the lawyer should consider withdrawing due to conflict- of-interest concerns.

Generally speaking, not lawyers but fiduciaries – trustees or executors – are the ones to communicate with beneficiaries. Where beneficiaries ask questions of lawyers, lawyers should forestall answering and first advise the fiduciaries as to whether and how the questions should be answered. Thereafter, the lawyer should direct the fiduciary to be the one to communicate.

Lawyers are required to communicate to clients the scope of attorney-client confidentiality, especially where the law, as here, may be unsettled. Suggested language to add to engagement agreements is offered in an Appendix to this article.

Otherwise, beneficiaries’ questions be fielded but not answered by lawyers. Rather, lawyers, guided by the principles discussed in this article, should counsel trustees or executors as to how they, and not the lawyer, should respond.

The following text, suitable for insertion into engagement agreements, addresses the confidentiality issue.

SCOPE OF REPRESENTATION; CONFIDENTIALITY. In general, the rules of professional ethics require the Firm to keep confidential all information that Clients disclose. However, there are certain circumstances in which the Firm may be required to advise a Client trustee or executor to divulge information to beneficiaries. Additionally, in case of litigation between trustees or executors and beneficiaries, the Firm will likely be obliged to withdraw from representation. More detail follows.

➢        The Firm is required to advise trustees and executors that they have a statutory duty to respond promptly to beneficiaries’ reasonable requests regarding material facts necessary for the beneficiaries to protect their interests.

➢        Otherwise, the Firm will recommend that trustees and executors should inform beneficiaries of other material decisions or actions that trustees or executors take in administering the estate.

Notwithstanding the foregoing statement, Client waives his or her right to confidentiality and authorizes Firm to discuss Client’s affairs and to provide information and documentation to the following individuals:

[1]The Arkansas version of the UTC will be quoted in this article.

[2]The majority of authority on the question has been decided in the trust context. However, taking the Arkansas version of the UTC as an example, it defines “fiduciary” to include “a trustee under any express trust, executor, administrator, guardian, curator, or agent.” Ark. Code Ann. § 28-69-201 (emphasis added). See also Arkansas decisions analyzing the question in the probate context. Craig v. Carrigo, 12 S.W.3d 229 (2000); In re Estate of Torian v. Smith, 564 S.W.2d 521 (1978). Trust authority appears to apply with equal force to probate situations.

[6]Riggs Nat’l Bank v. Zimmer, 355 A.2d 709, 710 (Del. Ch. 1976). Following Riggs, an unpublished Delaware decision favorably emphasized the Riggs facts justifying communicating to trust beneficiaries. The legal memorandum at issue was prepared ultimately for beneficiaries and not for the purpose of the trustees’ own defense in litigation. In re Estate of Calloway, 1996 WL 361504, at *1-2 (Del. Ch. June 19, 1996).

[7]Wells Fargo Bank v. Superior Court (Boltwood), 990 P.2d 591 (Cal. 2000) (court declined to read fiduciary exception into statute); Huie v. De Shazo, 922 S.W.2d 920 (Tex. 1996) (same result, in suit by daughter beneficiary against father trustee for breach of fiduciary duty; father paid for counsel’s advice with his own funds in anticipation of litigation). The Boltwood opinion noted that a trustee “may be able to avoid disclosing the advice . . . by hiring a separate lawyer and paying for the advice out of its personal funds.” 990 P.2d at 596. In Huie: “[N]otwithstanding the trustee’s fiduciary duty to the beneficiary, only the trustee, not the trust beneficiary, is the client of the trustee’s attorney.” 922 S.W.3d at 921.

[10]Justice Sotomayor dissented, writing that the “linchpin of the ‘real client’ inquiry is the identity of the ultimate beneficiary of the legal advice.” 564 U.S. at 191.

When the roles and objectives of legal consultation are unclear, the question of who has paid [or will pay] for the legal services . . . although potentially relevant, involves other and complicated considerations . . . so . . . this matter is not determinative in resolving issues of privilege.

“Other and complicated considerations” are contained in Restatement Section 88 (trustees’ duty to incur only costs reasonable in amount and appropriate to investment responsibilities). Who pays the lawyer’s fees also ought not to solve the question when a child pays for a parent’s estate planning.

[15]Id. at 496-500. The court distinguished between the privilege and the attorney work-product doctrine, which latter “promotes the adversary system by enabling attorneys to prepare cases without fear that their work product will be used against their clients.” Id. at 500.

[17]4 Arkansas Probate & Estate Admin. § 9:20. However, Arkansas stands with a minority of states that have not expanded the privity doctrine. Lawyers there are exempt from liability to beneficiaries for negligent malpractice, on grounds that there is no privity of contract. Fiduciaries, not beneficiaries, are lawyers’ clients. Ark. Code Ann. § 16-22-310(a); Giles v. Harrington, Miller, Neihouse & Krug, 208 S.W.3d 197 (2005).

[21]This analysis, unless otherwise cited, derives from Restatement (Third) of Trusts § 82 cmt. f.