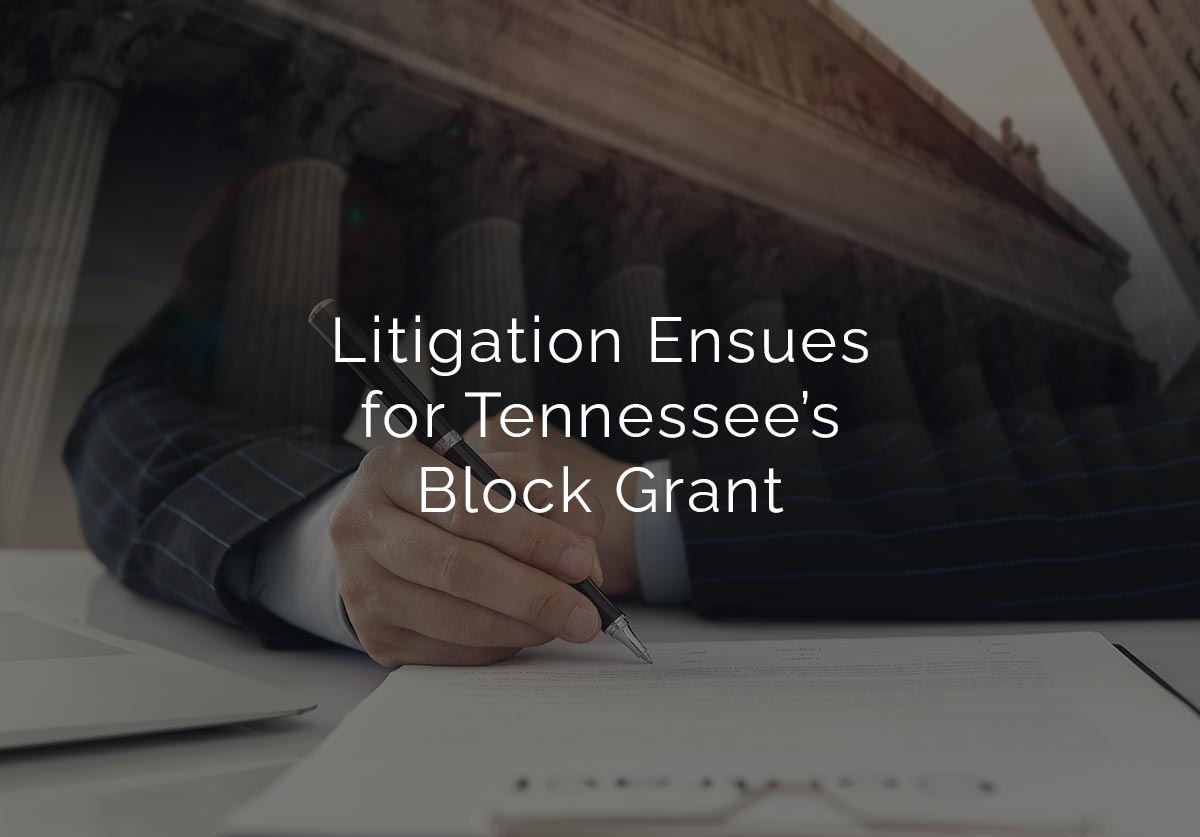 In January 2021, the State of Tennessee was granted a waiver for a block grant. The block grant was approved on Former President Trump’s watch; indeed, he encouraged states to submit a Medicaid waiver for such purposes. With a block grant, there is a cap on how much the federal government will give to a state to fund its Medicaid costs. Federal Medicaid funds are then not open-ended; they are fixed and finite.

Recently, a Complaint was filed in the United States District Court for the District of Columbia where Tennessee’s block grant is being challenged. The plaintiffs, who consist of TennCare recipients with chronic conditions, a rural doctor, and the Tennessee Justice Center, claim that the Trump administration acted too quickly to approve the waiver and so they did not get to participate in a requisite comment period. So, they or any other interested person could not voice their objections or comments about the plan. The plaintiffs point to 42 U.S.C. § 1315, which requires such comment period. (See also 42 C.F.R. § 431.416.)

The plaintiffs also took exception with the fact that the new wavier continues a practice that Tennessee has been “testing” under a waiver program since 1994 – TennCare recipients must enroll in a managed care plan and waive their right to 3-months’ retroactive coverage. The Compliant indicates that the continuation of these practices for the last 27 years has been legally faulty; requests were not submitted to Centers for Medicare & Medicaid Services (CMS) and comment periods were not opened.

In order to deviate from federal Medicaid laws, a state must submit a Medicaid waiver to CMS. The theory behind Medicaid waivers is that the federal government wants to experiment with new ideas in order to improve the Medicaid system as a whole. Also, individual states have different populations and different needs, and so they should be able to modify the Medicaid program to fit those needs. So, an ancillary issue in this case will be deciding how long waiver programs should last? Should they be short, to test out a new idea, or can the waiver last for a long period, to customize a state’s Medicaid program?

While litigation stretches on into the coming months and probably years, it is likely that the judge will issue an injunction so that the waiver plan doesn’t continue during the pendency of litigation. What will be the ultimate outcome? Will the new administration step in at all? As Tennessee was the first state to submit a request for and receive approval for a block grant waiver, this litigation will be important to guide other states as well as CMS in the future.