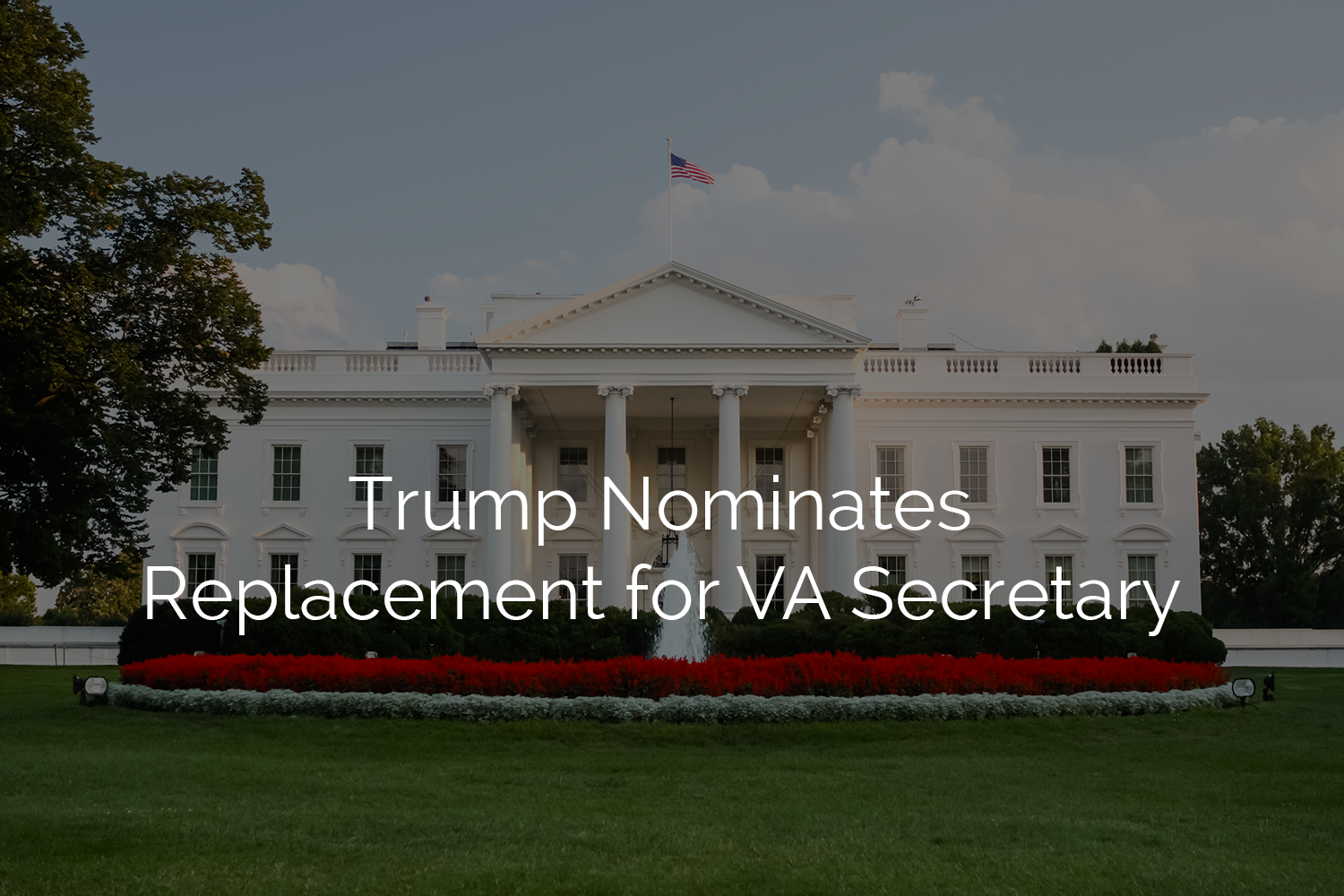 President Trump recently announced that he will nominate the current White House physician, Ronny L. Jackson, as a replacement for Secretary of the Department of Veterans Affairs, Dr. David Shulkin.

What led to this change in administration?

Shulkin previously served as a medical doctor and hospital executive. Shulkin is one of the few appointees left over from the Obama Administration, and for the first several months of Trump’s presidency, it seemed as if his job was secure. Shulkin was instrumental in passing several bipartisan bills aimed at improving the quality of life for veterans’ health care. One such bill was the VA Accountability and Whistleblower Protection Act, aimed at holding VA employees accountable for their actions and providing protections for those who spoke out against wrongs committed towards veterans by employees of the VA. At one point, President Trump even joked with the secretary that he would never hear his catchphrase, “you’re fired.” However, Shulkin’s good fortunes with the President quickly took a nosedive in February when the VA’s inspector general issued a report that found evidence that Shulkin improperly used taxpayer funds on a business trip to Britain and Denmark in 2017. The report stated that he spent much of the time sightseeing rather than engaging in government business and improperly accepted Wimbledon tickets as a gift. Further, the report found that Shulkin’s staff had altered emails to justify allowing his wife to join him on this trip at taxpayer expense.

So, who is Ronny Jackson?

Jackson first came to the forefront of the public spotlight in January where he delivered his professional opinion that Trump’s health was “excellent” and that he had no concerns about his mental health. Before coming to the White House in 2006 under George Bush’s appointment he served as a Rear Admiral in the Navy. When Obama became president, Jackson was appointed to be his personal physician, and he has continued in this role with Trump. As far as serving in the capacity of Secretary of the VA goes, Jackson has no real experience running a bureaucracy, and his policy views are largely unknown.

Normally, in the event of the departure of the secretary, the deputy secretary would take the helm until the Senate could confirm a new secretary. However, Trump announced that this will not be the case in this situation and that Robert Wilkie, the Under Secretary for Defense Personnel and Readiness at the Department of Defense, will serve in the interim. Dr. Jackson will have to be questioned and confirmed by the Senate before he is able to serve as Secretary of the VA.

We will continue following this closely to make sure our members stay on top of these important issues, and are well equipped to pass this information on to their clients. For more information about ElderCounsel contact us online or give us a call at 888.789.9908, option 3.