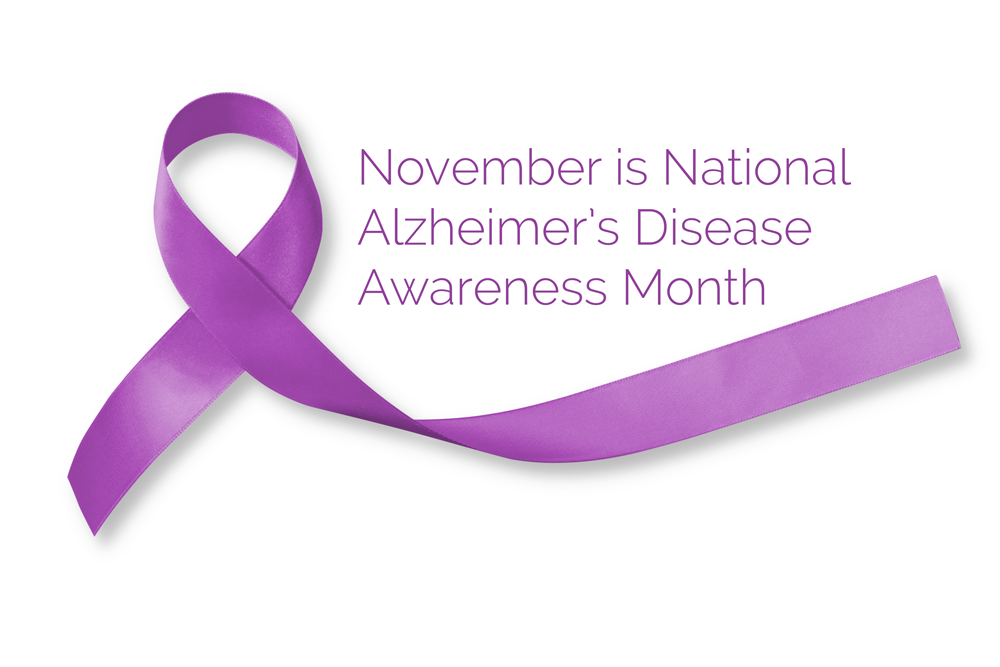 It is November and the kickoff to National Alzheimer’s Disease Awareness Month!  According to the Alzheimer's Association, roughly 5.7 million Americans are living with Alzheimer’s Disease.  Every 65 seconds, someone develops this challenging disease.  Let’s take a look at some recent breakthroughs and news that offers hope to those diagnosed with Alzheimer’s, their families, and advocates fighting to cure the disease.

The Big-Bang of Alzheimer’s Discovered

Scientists at UT Southwestern have made a major breakthrough in Alzheimer’s research, discovering the earliest point in the neurodegenerative process that is thought to lead to dementia.  A primary researcher on the project, Marc Diamond, stated “This is perhaps the biggest finding we have made to date.”  Most modern Alzheimer’s research has concentrated on a specific protein called amyloid beta.  It was thought that the clumping of this protein was the primary cause of the disease’s symptoms.  This new research has discovered that a different protein, tau, may actually be the cause of Alzheimer’s.  It was unknown how or when tau began accumulating tangles in the brain, but this new research has discovered that this protein actually presents itself as misfolded and later forms the tangles.  Being able to focus on the correct protein and understanding how it presents itself in the brain will likely lead to more effective drugs to fight Alzheimer’s.

Another Reason to Love Animals

Two students at the University of Illinois were researching caregiver fatigue.  They were interviewing a couple, a wife and her husband who had Alzheimer’s.  While the wife was answering questions, the husband would often become restless and get up and wander.  The wife would pause the interview to care for him.  Then, the couple’s Yorkie came in and jumped into the husband’s lap.  Immediately, he became calmer and as he petted the dog, he became vocal with the group.  More studies are planned to study the interaction of pets and those with Alzheimer’s.  The two students even came up with a new invention:  a stuffed animal with a lifelike heart beat to mimic a pet, for those who can’t care for a pet, afford the costs of a pet, or can’t own a pet for other reasons.

Started in European cities, Alzheimer’s villages are taking hold in America.  There, patients with Alzheimer’s and other memory conditions can spend the day shopping and take a stroll around town.  There are movie theaters, courtyards, parks, restaurants, and more.  This provides a more calming environment while still keeping the patients protected.  Nurses are still present, but walk around in street clothes.  At the village in Chula Vista, California, the town is set up as an adult-daycare.   The town is mimicked after the 1950’s, complete with cars and décor from the era, to give residents the feel of their youth.  Those suffering from Alzheimer’s and other memory conditions come and spend the day walking freely, petting puppies at the pet store or going to a movie and eating delicious popcorn.  This type of setting involves reminiscence therapy, which involves the use of past activities and experiences to help with memory.  This can trigger positive past memories in patients, which researchers say leads to a calmer patient.  Alzheimer’s villages allow those with memory conditions to experience autonomy in a safe environment.  Hopefully this trend will continue and we will see more environments like this pop-up around the U.S.

The Defense Advanced Research Projects Agency (DARPA) has created a system with electrodes implanted in the brain, a human memory prosthesis.  This project has been in the works since 2013, and has recently had a breakthrough.  Researchers from Wake Forest Baptist Medical Center partnered with researchers from the University of Southern California to test real patients.  Researchers focused on short-term memory, like remembering where you parked your car, when you last took your medicine, and what you had for breakfast.  This short-term memory loss, or episodic memory, is one of the most common types of memory loss in Alzheimer’s patients.  The study results?  Patients experienced a 37% increase in short-term memory!

In 2018, President Trump signed a law that substantially increased the federal funding allotted to Alzheimer’s research.  Funding was increased $414 million, to $1.8 billion!  The president of the Alzheimer’s Association, Harry Johns, said “We have already seen that recent funding increases have accelerated research, and it is clear that a sustained investment in the future will be essential to continuing the momentum or research discoveries, leading to effective treatments and one day a cure.”  Medicare and Medicaid costs associated with Alzheimer’s is estimated at $186 billion for 2018.

Bipartisan support led to the passage of Kevin and Avonte’s Law, federal legislation aimed at protecting those with Alzheimer’s, dementia, and children with developmental disabilities who are prone to wandering.  The new law will promote initiatives focused on reducing the risk of injury or death related to wandering and will help law enforcement identify and reunite those with Alzheimer’s with their families.  Law enforcement agencies, non-profit organizations, and state health care agencies will have access to resources to establish programs to prevent wandering and to locate those that are missing.

November is National Alzheimer’s Disease Awareness Month.  It is the perfect time to get involved with non-profits, give support to caregivers, or participate in a Walk to End Alzheimer’s!  Alzheimer’s is a disease that effects millions of Americans.  Let’s do our part to aid families suffering from this disease and to help find a cure!