Recap of Recent New Jersey Cases: Lessons for Us All 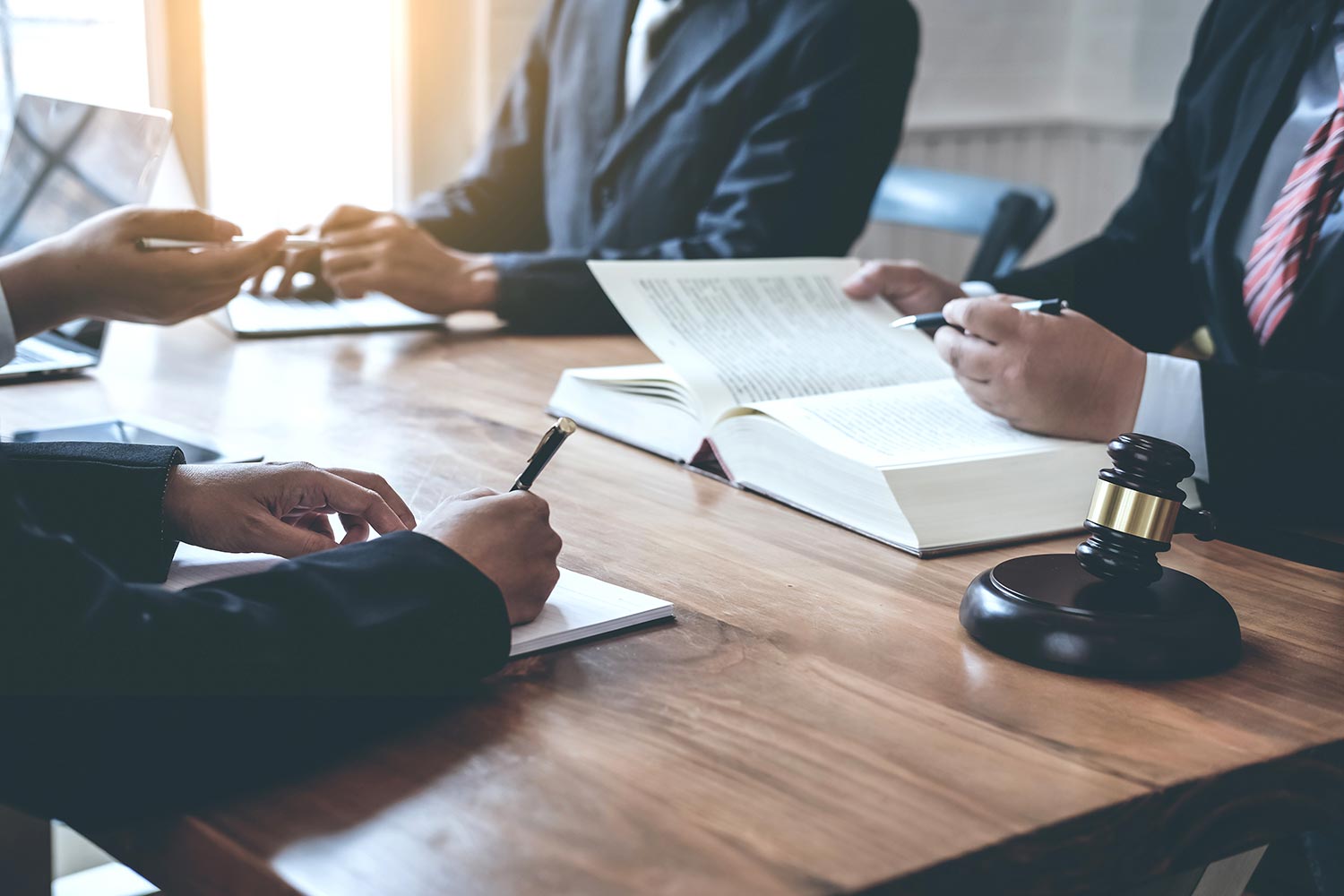 It is inevitable that as we age our bodies begin to fail. At some point or another we will all likely need some degree of care. Some of us have the resources to pay for this care – others do not. Medicaid provides an avenue to access necessary care. Qualification for these benefits is strict, specific, and tedious. Eligibility hinges on an in-depth, and quite intrusive, look into an applicant’s private financial matters. Despite the invasive process, the financial benefit to accessing benefits is often worth the scrutiny. Qualifying for Medicaid is challenging – and some states are more skeptical that others when it comes to eligibility. New Jersey, for example, is notorious for being strict. Let’s take a look at some recent cases from The Garden State to glean lessons from their rigorous system.

Qualifying for Medicaid benefits in New Jersey can be an uphill battle. Departments across the state tend to take a skeptical approach to applicant consideration. Each of the following cases are unpublished opinions, which means that they are not controlling. However, the benefit to understanding the court’s reasoning for the individual determinations may aid attorneys and applicants in gauging how to navigate a Medicaid benefit denial.

Proving a Negative – An Applicant Win

Philosophers have long debated the impossibility of proving the nonexistence of something. Yet, New Jersey’s Monmouth County expected just that. In an August decision, the applicant, L.A., was denied benefits by the Monmouth County Board of Social Services (CWA). She and her husband, G.A., did not disclose the existence of a revocable trust in effect during the look-back period. The trust had only held the marital home as an asset – no other property was ever transferred into it.

Upon learning of the existence of the trust, CWA required disclosure of the trust’s assets via trust schedule and appendices documentation. The couple’s trust-drafting attorney explained that the only asset held in the trust was the home and he supplied CWA with the trust termination documents. Because there were no applicable transfers to be disclosed on the additional paperwork CWA had requested, the attorney left those forms blank. Those trust appendecies were intended to record gifts, loans, or charitable distributions—none of which had occurred. CWA considered the lack of information supplied on the trust schedule and appendices forms to be a failure to provide necessary paperwork and denied L.A.

Upon appeal to the Office of Administrative Law, the administrative law judge (ALJ) determined that the lengthy trust document required transfer of all of the couple’s assets. Therefore, it would be deduced that there must be other assets that were not being disclosed. The ALJ affirmed the department’s denial.

The applicant’s appeal to the Superior Court of New Jersey, Appellate Division, was successful. The Court found that it was unreasonable for CWA to require an applicant to prove the nonexistence of something. Testimony of the trust’s drafting attorney and G.A. explained that there were no other assets in the trust – yet they were expected to somehow show that nothing more was ever held by the trust. The Court found that there was enough irrefutable evidence that CWA could not logically deny L.A. benefits. To require the applicant to prove the existence of nothing would create an unjust result.

It is not unusual for an individual to transfer money to a caretaker in efforts to postpone the need for long-term care. Nonetheless, most states consider all transfers suspect and are presumed to be an insidious effort to eliminate resources for Medicaid eligibility. Sound proof is needed to avoid denial or penalty for even legitimate asset transfers.

In a previous blog, we discussed the importance of saving receipts to prove that money transferred to a caretaker for the purposes of paying future-applicant’s living expenses. The applicant was required to prove that the act was not for the purposes of Medicaid eligibility. There, the use of the transferred funds were quite legitimate, but were not substantiated by concrete evidentiary support. Unfortunately for the applicant, the court agreed with the department’s penalty. Documentation of the money’s use was necessary to overcome the presumption that she moved the money so she would qualify for Medicaid and thus the lack thereof was detrimental to the case.

Yours, Mine, and Mine Regardless – A State Win

Ownership is typically cut and dry – either one has a vested interest in the thing, or they do not. Of course, there are some grey areas, such as with joint bank accounts, which create additional difficulties for Medicaid qualification.

New Jersey’s Medicaid department is quite literal when it comes to joint accounts. If the account allows any listed owner to access the funds (an “or” account) then the money is a countable asset. If the account requires the permission of all owners in order to access the funds (an “and” account) then a pro rata share of the asset is countable. In the illustrative case, only the daughter ever accessed the account – never the applicant. The asset was countable in the mother’s Medicaid eligibility determination despite the state’s Multi-Party Deposit Account Act, which, outside of Medicaid eligibility purposes, would have dictated that the asset actually belonged to the daughter. Simply put, for Medicaid determinations, if someone is on the account, some portion of that account it their money too.

On every occasion, when a person applies for long-term care Medicaid, their resources are scrutinized. When a married person applies for benefits, their spouse is dragged along with them for the ride. Sometimes though, spouses are uncooperative. Whether for reasons of privacy for their own financial situation, desiring to reserve resources for themselves, or for some other reason, spouses sometimes choose to be obstinate or uncooperative. It is a longstanding principle that our society frowns upon unjustness. When an applicant is denied benefits due to an uncompromising spouse, courts have previously found this to create an unjust result.

In one example, a community spouse was simply too overcome by the stress of the inquiries for documentation that she refused to comply. Here, her step-daughter was aiding her father in his application for benefits, but was denied because of the inability to access certain documents in her step-mother’s possession. Naturally, the Medicaid office was unable to verify the father’s need and lacked the documentation necessary to determine his eligibility. One mitigating factor in this case was the daughter’s diligent efforts to comply with the Medicaid office. She maintained close contact with the office and made valiant attempts to collect the requested paperwork – insistently enough that the step-mother eventually asked her to stop bothering her, “because it was making her sick.”

While a Medicaid office would understandably deny an applicant for want of proper documentation, it is unreasonable to expect a third party to force an unwilling spouse to assist in the process. The Court in this example considered this difficulty in determining the outcome. The daughter’s efforts were such that she did all that she could possibly do to comply. Amongst other factors, the Court found that it could be unjust to deny benefits to an exceptionally cooperative applicant due to reasons out of their control.

Medicaid benefits are an enormous help to those that qualify. The purpose of Medicaid is to help those in desperate need for medical care, when they cannot afford it alone. States expend exorbitant amounts of allotted funds toward the care of Medicaid recipients. It is only natural that the qualification process would include many hurdles to overcome to ensure the integrity of the system. The requirements and practices vary amongst the states, and what is acceptable in one may not be in another.

Paradoxically though, the complex process often creates an insurmountable chasm between those in need and the ability to access to benefits. Many applicants seeking help have become so due to a disability or cognitive decline. Many of these applicants do not have the wherewithal or ability to successfully advocate for themselves. Many need assistance from friends, family, and the legal community. New Jersey, particularly, has limited the level of assistance that Medicaid case workers are required to provide applicants – further illuminating the importance of how elder law attorneys can help their communities.

In more stricter states, like New Jersey, applicants often need the assistance of attorneys that possess the unique and essential skillset to navigate the process. Medicaid denial is all too common. Successful appeals rely upon a working knowledge of the appellate logic behind the eligibility about face. To be able to anticipate a state’s arguments and overcome them before they arise could lead to an easier path towards Medicaid eligibility.