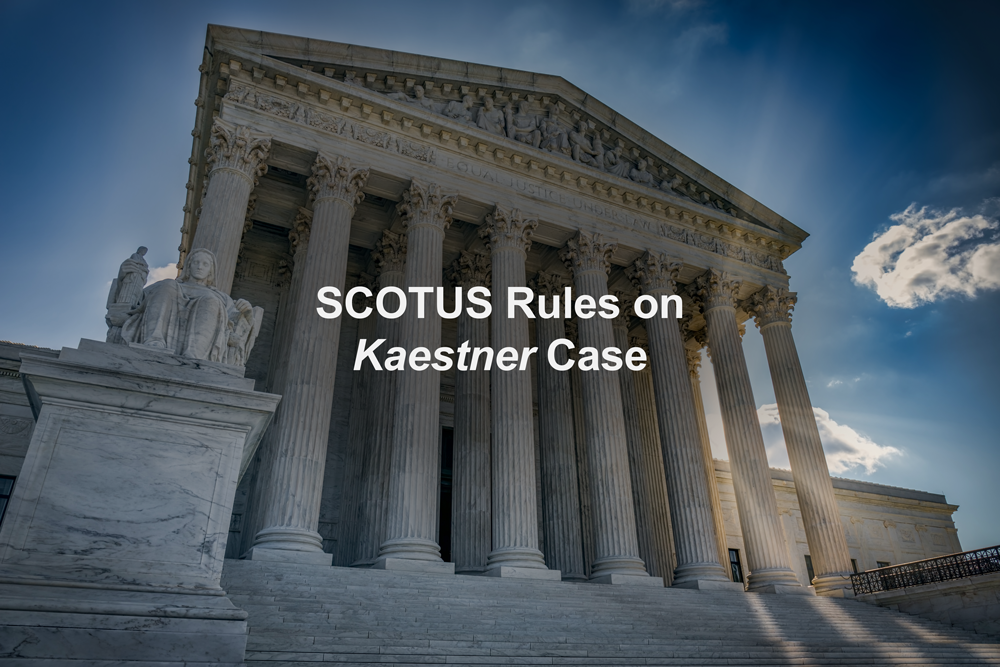 In a recent blog post, we informed our readers about big news in trust taxation. On June 21st, the Supreme Court of the United States issued their opinion in the Kaestner case.  Let’s take a look at their ruling and what this means for trust taxation going forward.

North Carolina’s tax code allows taxation on any trust income that “is for the benefit of” a state resident. Historically, the state courts had held that this allows the taxation of a trust when a trust beneficiary lives within the borders of the state. However, for this particular case, the resident beneficiary had no right to income and did not receive any income in the tax years in question. The trustee paid the roughly $1.3 million tax bill under protest and filed suit.  The trial court, appeals court, and Supreme Court of North Carolina, surprisingly, ruled in favor of Kaestner, saying the contacts between Kaestner and the state did not rise to the required level needed for just taxation.

The Supreme Court of the United States agreed, saying “The presence of in-state beneficiaries alone does not empower a State to tax trust income that has not been distributed to the beneficiaries where the beneficiaries have no right to demand that income and are uncertain to receive it.” The Court discussed the infamous cases of Quill and International Shoe and said that there must be “some minimum connection” between the state and the taxpayer.  In addition, there must be a rational nexus between the income that the state wants to tax and the state itself.

The SCOTUS routinely discussed possession and control in their opinion: “When a tax is premised on the instate residence of a beneficiary, the Constitution requires that the resident have some degree of possession, control, or enjoyment of the trust property or a right to receive that property before the State can tax the asset.”  In the instant case, the trust was a discretionary trust – the beneficiary could not compel distributions and did not receive any distributions.  Indeed, there was no guarantee that any certain beneficiary would ever receive a distribution. The SCOTUS found that because the in-state beneficiary did not have possession or control over the trust property, nor a right to receive any trust property, the required minimum contacts were not established and North Carolina’s tax on the trust was a violation of Due Process.

What does this mean for trust taxation going forward?  The SCOTUS was very clear that this was a narrow ruling and only applied to the facts presented to them.  However, in the various states that do tax trusts solely on the basis of an in-state beneficiary, these taxation schemes can now be challenged and overturned if the facts are similar to those in the Kaestner case.  Tax professionals may choose to file an amended return or file a claim for refund.

As many in the legal industry expected, the SCOTUS ruled in favor of Kaestner.  The necessary minimum contacts were not present in the case because Kaestner did not encompass the necessary possession and control of the trust property, or a right to receive the trust property.  A win for trusts and estates lawyers!