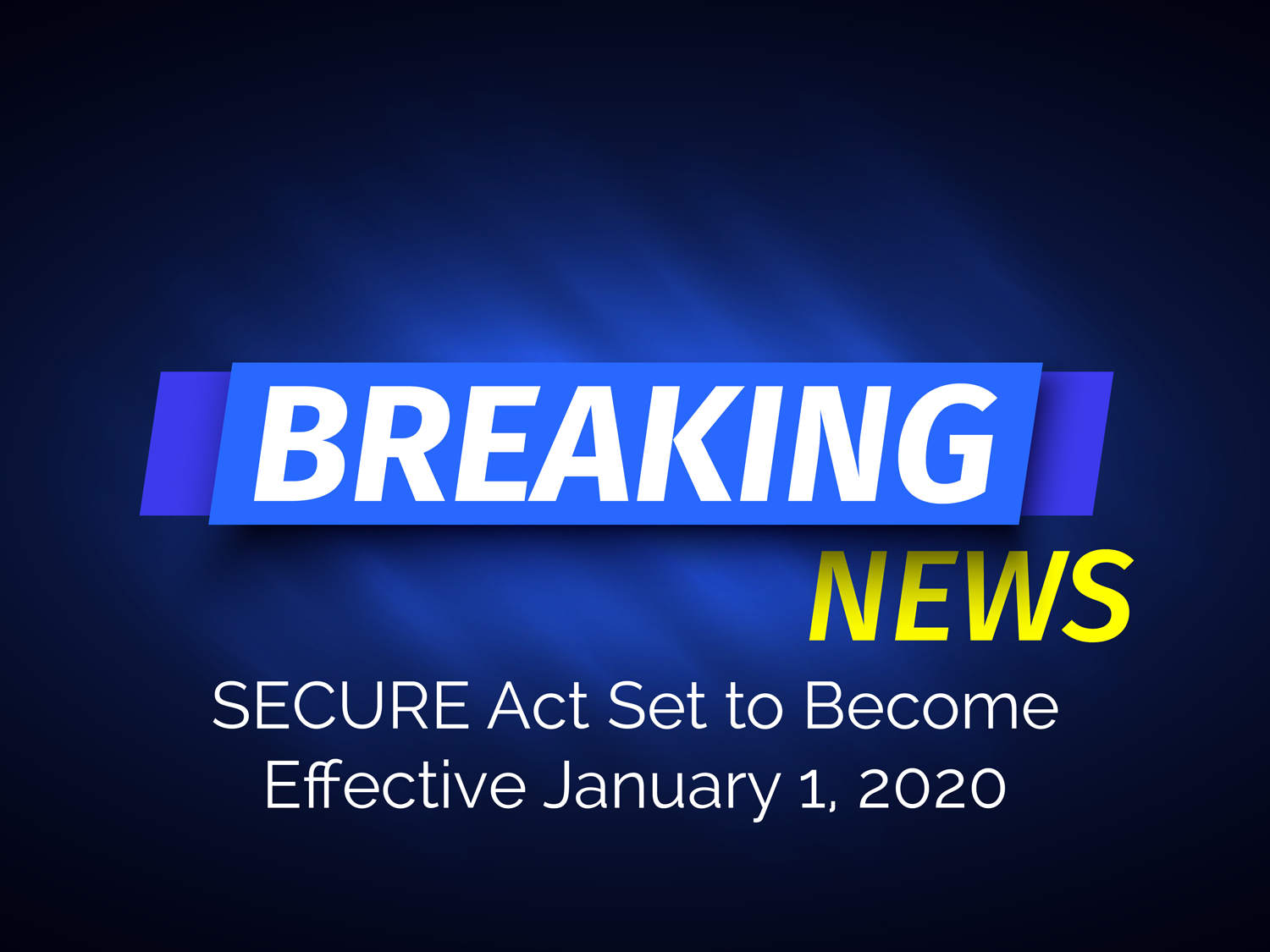 Back in May, we gave you five things to know about the SECURE Act of 2019.  We hypothesized that the SECURE Act would eventually become law.  And now it has.  The House of Representatives recently approved the bill, it became part of the Further Consolidated Appropriations Act 2020 and was signed into law by President Trump on December 20.  The new act is effective January 1, 2020.  What are the main take-aways from the act?

The pertinent provisions of the act modify certain provisions of Section 401(a)(9) of the Internal Revenue Code of 1986, namely sections (H) and (E).

The biggest change that elder law attorneys need to be aware of is the change in stretch options.  Currently, a designated beneficiary can stretch-out distributions from the retirement plan over their life expectancy via trust planning.  While there are still designated beneficiaries, a new term has been introduced.  The new act states in part:

(I) the surviving spouse of the employee,

(II) subject to clause (iii), a child of the employee who has not reached majority (within the meaning 22 of subparagraph (F)),

(IV) a chronically ill individual (within the meaning of section 3 7702B(c)(2), except that the requirements of subparagraph (A)(i) thereof shall only be treated as met if there is a certification that, as of such date, the period of inability described in such subparagraph with respect to the individual is an indefinite one which is reasonably expected to be lengthy in nature), or

(V) an individual not described in any of the preceding subclauses who is not more than 10 years younger than the employee.”

An automatic stretch over life expectancy is no longer available; the stretch will depend upon who the beneficiary is. In addition, due to the new multi-beneficiary trust rule, the stretch could be different based upon a co-beneficiary being classified as disabled or chronically ill.

Because of the new language pertaining to eligible designated beneficiaries, conduit trusts will likely be unwise to implement. Conduit trusts are trusts that require the trustee to pay out all retirement account withdrawals to the named beneficiary. This isn’t devastating for us at ElderCounsel – we don’t use conduit trusts in our documents as they conflict with SNT planning.

However, we have the option to include accumulation trust provisions within many of our trust documents. These provisions will change to conform to the new act and the language therein.

A few other things that the act will do include increase the required minimum distribution age from 70½ to 72, facilitate access to annuity options within retirement plans, and repeal the maximum age for making traditional IRA contributions.

We are always keeping our eyes and ears open for changes in federal and state laws.  The SECURE Act, as incorporated within the Further Consolidated Appropriations Act, means big changes for trust planning.  But as always, we will keep our documents up-to-date and give you the tools you need to be successful in the ever-changing landscape of elder law.