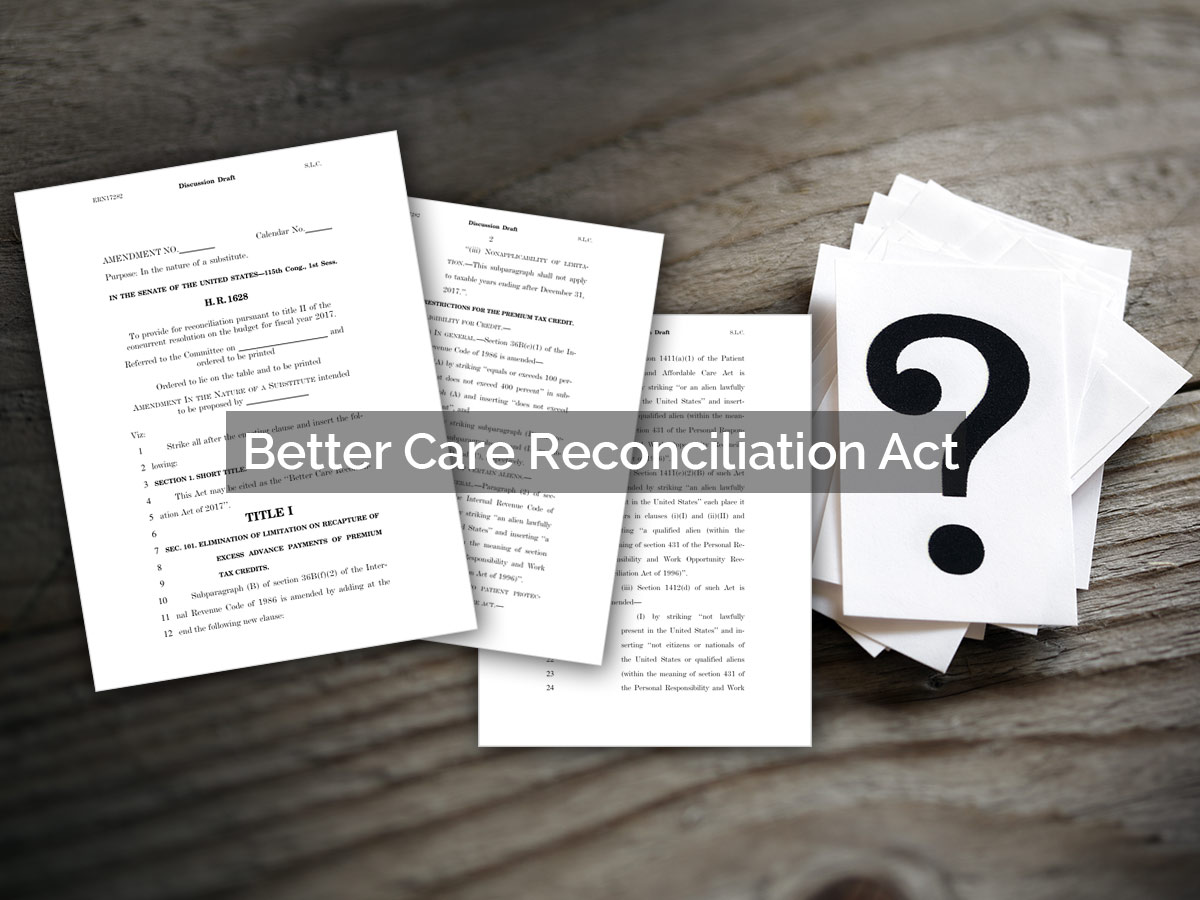 Senate Republicans unveiled their long-awaited health care overhaul proposal on Thursday. The Senate bill, called the "Better Care Reconciliation Act," would repeal major parts of the Affordable Care Act (ACA), also known as Obamacare. The broad outlines of it look a lot like the House bill, the American Health Care Act, which was passed in May.

As with the House bill, the Senate proposal also allows insurance companies to charge older people five times more than younger people — under the ACA, that ratio is 3 to 1. That's just one provision that could hit older Americans hard.

Some of the biggest changes this bill makes are to Medicaid, the entitlement program that provides health care to low-income Americans. In that sense, it looks a lot like the House bill, which would likely cut Medicaid funding by $834 billion over a decade (relative to current law), with a loss of 14 million beneficiaries.

Both bills roll back a Medicaid expansion undertaken under the Affordable Care Act. That law extended the program to some low-income Americans above the poverty level. The Senate proposal would roll back that expansion, though it would do so more slowly than the House bill proposes.

As did the House, the Senate also proposes giving states either a per capita cap on Medicaid spending or a block grant of funds. That's a fundamental change; currently the program is "open-ended," meaning funding increases as need increases.  But there's another change on top of that. Those caps would vary based on the rate of inflation, and the inflation rate the Senate would attach to those caps is one that is lower than the inflation rate the House attached.

The Senate bill is also much like the House bill in that it would repeal most of the taxes associated with Obamacare (it would bump out the implementation of the so-called Cadillac tax on expensive, employer-sponsored health care plans, from 2025 to 2026).

One other big change this bill could make is creating a new system for who gets premium tax credits, and how big those premiums are.  For example, it cuts the upper-income limit that determines who gets premium tax credits. Currently, that upper limit is at 400 percent of the poverty level. This bill would limit that to 350 percent.  It also would determine those credits based on age and income — that's a change from the House bill, which based credits mostly around age.  And it would change what people could buy with their tax credits on the health care exchanges.

There are a few other ways the Senate bill mirrors the House bill. It bans the use of any federal funds for any health care plan that covers abortion, except in the cases of rape, incest or where the pregnancy puts the mother's life in danger. And it also would defund Planned Parenthood for one year.

As of 2020, the bill also eliminates cost-sharing subsidies that help low-income Americans pay for their insurance. The Senate's proposal allows states freedom in determining their own health care programs — but it's even more freedom than the House bill allows for. Under the Affordable Care Act, states can apply for "innovation waivers" exempting them from parts of the law and allowing them to determine their own health care systems, to an extent. However, there are strict rules in place — what health policy experts call "guardrails" — stating that states getting those waivers must provide coverage that is "at least as comprehensive" as they would otherwise provide, as the Centers for Medicare and Medicaid Services explains. The Senate proposal changes those guardrails, saying that states can get those waivers, as long as their alternative plans simply don't increase the deficit. That allows states to make some big changes if they'd like — for example, changing the "essential health benefits" that insurers are required to provide under Obamacare.

Senate GOP leaders want to have a vote on the bill by late next week, before Congress' Fourth of July recess. They do not plan to hold any hearings on the legislation, infuriating Democrats, who were frozen out of the drafting process.

To pass, Republicans must get at least 50 GOP senators to vote for the bill, since no Democrat or independent is expected to vote for it. Vice President Mike Pence would break any tie, and would be expected to vote for the bill. There are 52 Republican senators.  On Thursday, about an hour after the bill was posted online, NBC's Chuck Todd tweeted that a group of a conservative Republican senators were meeting, and that there are at least three GOP senators, and possibly more, who plan to oppose the bill.  If that number proves to be accurate, it could be a death blow to the bill.

On Monday, June 26, a revised bill was released by the Senate. It did not change many of the major provisions noted above, but the revised bill includes a penalty for people who do not buy insurance, and those with a lapse in coverage would have to wait 6 months for coverage under the revised provisions.

On the same day, the Congressional Budget Office (CBO) released its scoring of the Senate bill. The CBO report found that 22 million people would be uninsured by 2026 (compared to 23 million under the House repeal and replace legislation). In addition, average premiums for single individuals would rise by 20 percent in 2018 and 10 percent in 2019, and by 2026 average premiums in most of the country would drop by about 20 percent.

The next few days, weeks and months will be interesting as Congress continues its efforts to replace Obamacare. Subscribe to the ElderCounsel Blog and we'll keep you apprised as the Senate bill comes to a vote, perhaps as early as this week.

Without a doubt, the Act that replaces Affordable Care Act will change how elder law attorneys plan for their clients. ElderCounsel stays on top of the law changes and keeps ElderDocx® up-to-date so you don't miss a thing. Download a preview of an annotated document created in ElderDocx and get a glimpse of how this robust software will benefit your elder law practice.