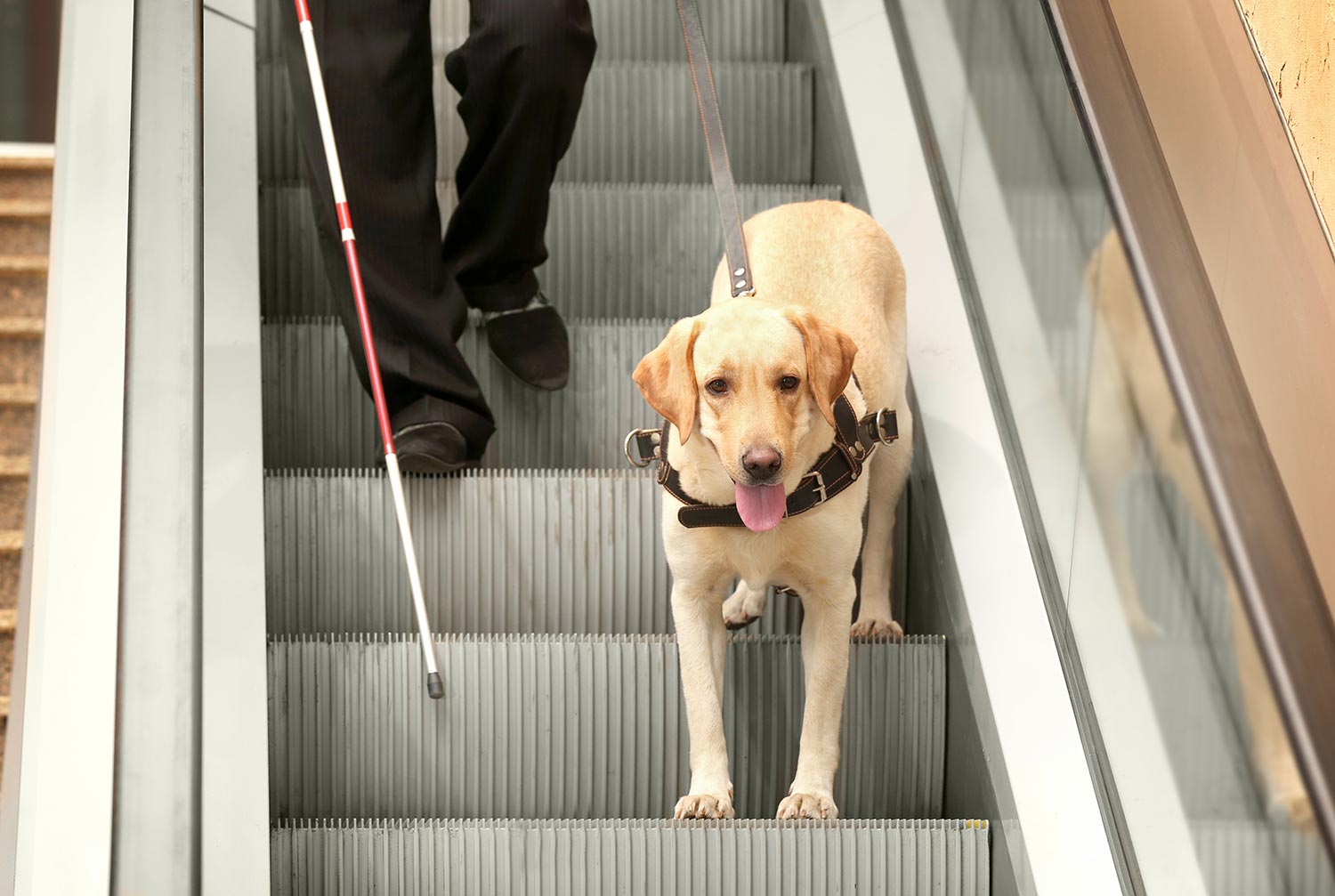 There has been a lot of heated debate on the topic of traveling with emotional support animals (ESA), psychiatric service animals (PSA), and traditional service animals. To resolve some of the conflict, the Department of Transportation (DOT) issued a Final Statement elaborating on the department’s expectations and priorities regarding the treatment of passengers traveling with animals.

It is well established that individuals with disabilities are permitted to bring their service animals to most places they choose to go. Businesses are prohibited from refusing entry or service to an individual with a service animal, unless particular concerns are present. The Americans with Disabilities Act (ADA) is probably the law that comes to mind in these situations. It is certainly one law that protects those with disabilities from ill-treatment. But, did you know that the ADA does not apply to the skies? The ADA does not apply to airlines, their facilities, or services – that is where the Air Carrier Access Act (ACAA) swoops in.

In recent years, airplane cabins have started to look like menageries – passengers taking full advantage, and sometimes abusing, the ability to take certain animals along for the ride. With the uprising of sketchy online businesses “certifying” run-of-the-mill pets as service animals, or worse, providing doctor’s letters prescribing support animals, airlines began cracking down on the abuse. Airline restrictions became tighter and created questions of disability rights violations. Passengers flooded the DOT with complaints of unfairness and illegality.

In response to the rise of animal-toting airline-passenger complaints about unreasonable airline regulations, the DOT issued a Final Statement elaborating on its expectations and priorities under the ACAA. The statement provides clarification on the permissible and prohibited actions that airlines may take in regulating the in-cabin presence of various types of animals.

There are four general categories of animals when it comes to disability laws: pets, Emotional Support Animals (ESAs), Psychiatric Support Animals (PSAs), and service animals. In the aerial context, pets are often stored in the cargo hold of the aircraft and require an additional fee to the owner. ESAs and PSAs, are generally permitted in the cabin if certain criteria are met. Service animals are heavily protected and taken very seriously under both laws. Under the ADA, only service animals and some PSAs are protected.

“Under the ADA, a service animal is defined as a dog [or miniature horse] that has been individually trained to do work or perform tasks for an individual with a disability.  The task(s) performed by the dog [or miniature horse] must be directly related to the person's disability.” The ACAA does not have a technical definition within the text of the Act, but the department informally explained, in 2018, that the “DOT considers a service animal to be any animal that is individually trained to assist [sic] a qualified person with a disability or any animal necessary for the emotional well-being of a passenger.” (Note, however, that back-end of this statement contradicts some other provisions of the ACAA on the differentiation between service animals and emotional support animals.)

Both Acts give the highest protection to service animals. The text of the ACAA specifically categorizes service animals separately from ESAs and PSAs, which are lumped together. The ADA considers specifically trained PSAs to be genuine service dogs. The ADA explicitly does not recognize ESAs under the Act, where the ACAA provides them protection. Both Acts recognize the potential need for an individual to require the assistance of more than one service animal; but, the ACAA also permits a disabled passenger one ESA in addition to (up to) two non-ESAs.

With the exception of snakes, other reptiles, ferrets, rodents, and spiders, airlines cannot categorically prohibit the use of species that are not dogs, cats, or miniature horses. An airline could determine that the particular animal compromises the health or safety of others, and therefore prohibit its entry onto the aircraft, but on a case-by-case basis only. Further, airlines are prohibited from breed bans as well.

Airlines are permitted to require travelers with ESAs and PSAs to: check-in early; provide advanced notice; provide a recent doctor’s note from their treating physician verifying that the individual suffers from a recognized emotional or mental disability, that the presence of the animal is necessary, and lists the provider’s credentials. Airlines are absolutely prohibited from requiring traditional service animal users to check in early, provide advance notice, or provide additional documentation, on flights less than eight hours.

Limited questions are permitted by both Acts when a disability is not obvious or clear. The ACAA permits airline personnel to ask “how does your animal assist you with your disability?” For service animals, this verbal assurance by the handler, in addition to any ID cards, harnesses, etc. must be accepted as evidence that the animal is a service animal. For ESAs and PSAs, the airlines may ask for documentation of vaccination, training, behavior, etc., for the purpose of determining the potential threat to the health or safety of others – but, generally, if the individual has complied with the advanced notice and check-in rules, has their doctor’s note, and does not have an unruly or unusual animal companion, the airline must permit its attendance.

The Long and the Short of It

The ADA protects the disabled on the ground; the ACAA protects the disabled in the skies. The DOJ controls the ADA; the DOT controls the ACAA. The ACAA has carved out additional service animal protections for Emotional Support Animals and Psychiatric Service Animals; the ADA only recognizes traditional service dogs (and miniature horses), including PSAs that have been specifically trained to complete a task for its disabled handler.

Traditional service animals are a familiar and, generally, accepted tool for many disabled people. However, the influx of psychiatric and emotional support critters exposed grey areas that the public was happy to explore. Prior to official guidance from the DOT, airlines and passengers were left without mutually understood limits for the presence and use of these creatures. As passengers pushed the bounds, airlines feverishly fought back with restrictions and refusals. The DOT has now offered airlines and passengers a better understanding of the department’s priorities, permissions, and definitive prohibitions. Both sides now have the explanation needed to better protect their specific interests and rights under the ACAA.