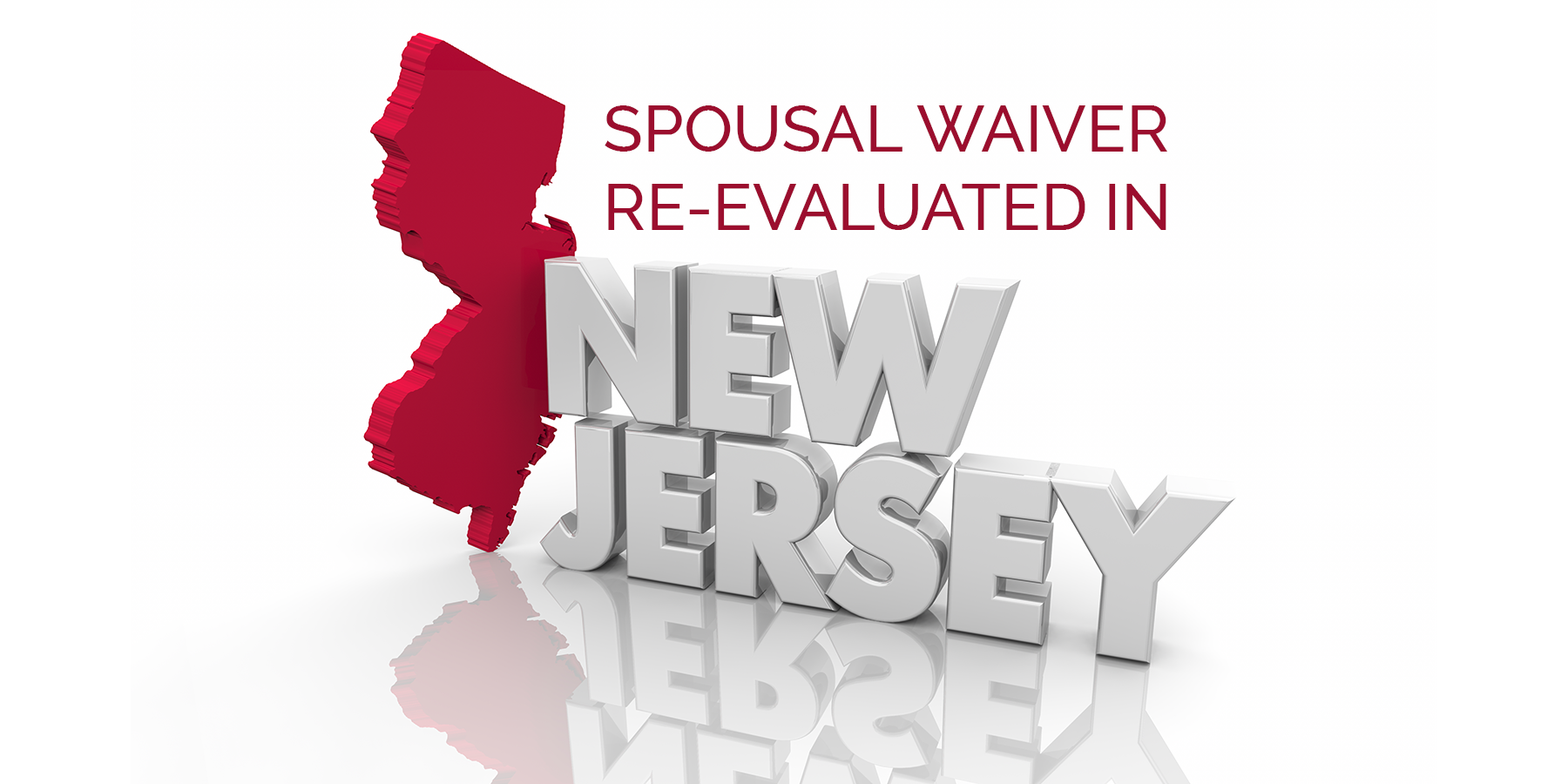 Establishing Medicaid eligibility requires a substantial amount of information from applicants. Understandably, the government only wants to offer benefits to those that truly need it. However, what if the applicant needs information from a spouse who refuses to give it?  Spousal refusal means that a well spouse refuses to contribute his or her income or assets to the care of the institutionalized spouse.  Spousal refusal is allowed in New York and Florida, where the states have enacted a version of the federal statute that authorizes it.  In Connecticut, spousal refusal was upheld by a federal court in 2005.  The New Jersey Division of Medical Assistance and Health Service has a spousal waiver, which is a waiver of the resource assessment in limited circumstances.  Namely, there had to have been a break in marital ties before the institutionalized spouse sought Medicaid; or, there could have been an unverifiable death or divorce of the community spouse; or the community spouse’s whereabouts are unknown.  In a recent case, the Superior Court of New Jersey considers an applicant’s spousal waiver in the absence of these pre-determined events.

A Spouse’s Refusal to Cooperate

N.J.A.C. 10:71-4.6 explains how resources are counted in New Jersey. Specifically, this provision distinguishes the treatment of assets when spouses live together or separately. The state requires a period of separation for spouses in order to exclude the community spouse’s resources. The state’s Medicaid offices rely upon this regulation even in cases where the non-separated couple’s community spouse refuses to provide essential documentation for eligibility.

In N.S. v. Division of Medical Assistance and Health Services and Atlantic County Board of Social Services, the community spouse refused to produce information that was requested by the applicant’s agent for Medicaid eligibility purposes – resulting in a denial of benefits for the applicant. Recently, the Superior Court of New Jersey Appellate Division, in a non-binding opinion, reversed the agency’s refusal to apply the spousal waiver exception. The Court found that the agency’s evaluation of the applicant’s specific circumstances resulted in an arbitrary and capricious finding, denying the exception’s applicability. It was opined that the agency failed to take into consideration the totality of the circumstances specific to this applicant in making its determination.

Applicant/appellant was a resident of the Hammonton Center for Rehabilitation (Hammonton). Nine months after entry, his guardian/daughter sought benefits on his behalf to the Atlantic County Medicaid Long Term Care Unit (CWA). He was married to his daughter’s stepmother and the couple had lived together in the marital home until his residency at Hammonton.

During the eligibility process, daughter provided volumes of information to CWA and maintained significant contact with the agency in her effort to establish her father’s eligibility. Stepmother was unhelpful in collecting remaining information that daughter was unable to access. Indeed, stepmother told daughter to stop asking for the information because it was causing her stress.  Daughter and CWA each sent three letters to stepmother to request information.  Each letter went unanswered.  Daughter requested a spousal waiver under 42 USC § 1396r-5(c)(3) due to stepmother’s failure to cooperate. CWA denied the request, finding that the couple lived together before entry into Hammonton, thus the pair were not estranged – a finding the agency required for the exception. Despite daughter’s efforts, father’s application was denied for want of certain documents pertaining to asset and income information of stepmother.

The Court determined that due to the nature of the efforts of the applicant’s agent, the refusal of the agency to allow the exception for spousal waiver was “an overly narrow construction of an ‘undue hardship’” under 42 U.S.C. § 1396r-5(c)(3)(C); putting so much emphasis on the fact that the couple was not estranged prior to entry into long-term care was inappropriate as the primary determinative factor. CWA argued that allowing an exception for the community spouse’s lack of cooperation would cause every community spouse to refuse to cooperate. However, under the specific circumstances involved, the Court found that the applicant’s agent employed significant effort to provide necessary information, but was unable to fully comply through no fault of her own – instead, the failure was due to the community spouse’s refusal to assist. To penalize this applicant would create an unjust result.

The Court emphasized that an undue hardship exception and spousal wavier are highly “fact-sensitive.” Here, the agency neglected to consider the totality of the circumstances when considering the exception’s applicability. This is potentially good news for other Medicaid applicants in New Jersey finding themselves between a rock and a hard place, fighting with a community spouse over needed documentation. Future applicants might use this case as a persuasive example of how their circumstances warrant relief via a spousal wavier when the agency denies them upon such grounds.