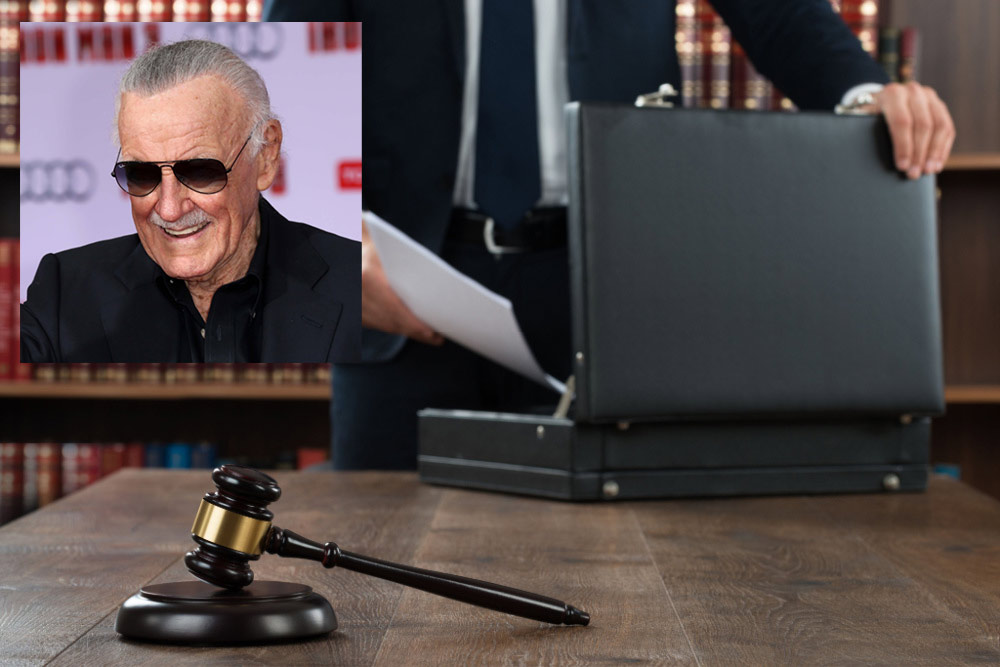 Stan Lee, the legendary comic book creator, died in November 2018 and his estate has been in litigation ever since.

Stan’s wife had died in July 2017 and thereafter Stan had named Jerry Olivarez, a publicist, as agent under a power of attorney. The Compliant in the probate case alleged that Jerry did several unscrupulous acts: dismissed Stan’s lawyer and hired his own without disclosing the conflict of interest; fired Stan’s banker and transferred roughly $4.6 million out of Stan’s account; duped Stan into loaning him $300,000; bought an expensive condo using Stan’s money; and more. The suit listed several causes of action, including financial abuse of an elder, fraud, and misappropriation of name and likeness. Jerry denied the allegations.

A settlement has been reached in the case for an undisclosed amount and now the probate case can proceed. However, there are still some pending claims in the case against Stan’s former attorney, Uvi Litvak. Also notable is a criminal case being pursued by Los Angeles prosecutors against Stan’s former business manager, Keya Morgan. His case has been pending since 2019 and he is facing several felony charges including theft, embezzlement, and false imprisonment of a senior.

Stan Lee’s case highlights how very important it is to be aware of and take steps to prevent senior abuse. Stan was extremely wealthy, with access to virtually any resource or planning strategy, but still fell victim to fraud and abuse. The Centers for Disease Control and Prevention states that out of those aged 60 and above, 1 in 10 will experience elder abuse. For tips on how to prevent elder abuse and reporting resources, visit the National Center on Elder Abuse.

By following cases impacting the industry, elder law attorneys can prepare for similar issues within their own practice. We recently hosted a 30-minute webinar to review elder law cases from across the country. We provided links to the holdings in the course materials, so you have those tools at your fingertips should you face similar concerns in your practice. Watch the recording now!