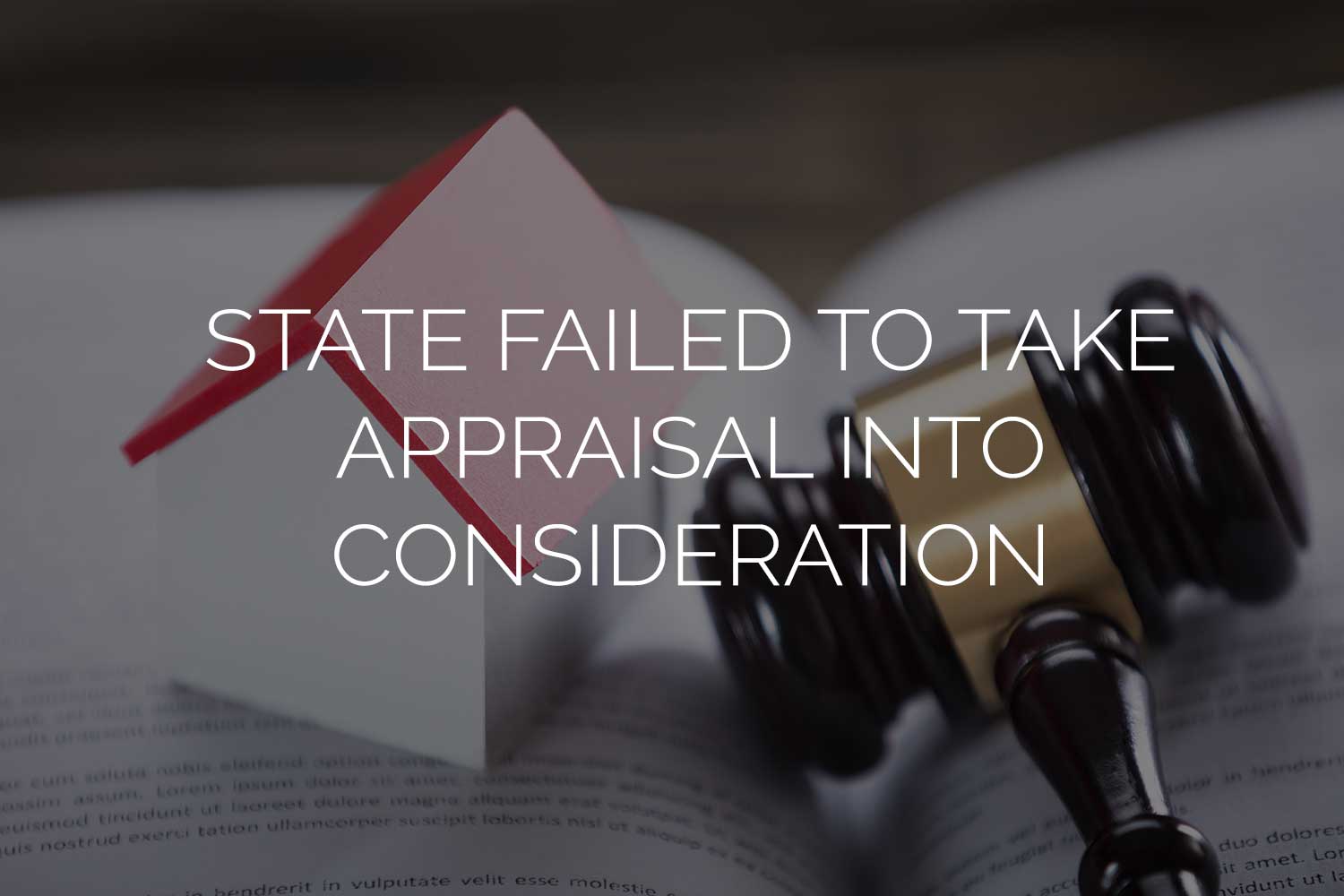 All states impose a penalty period for a Medicaid applicant who has transferred assets for less than fair market value during the applicable look-back period. In all states but California, the look-back period is 60 months. In California, the look-back period is 30 months. To determine the penalty period amount, the fair market value of the transferred asset is divided by the penalty divisor, which is usually the average private-pay cost of nursing home care in the state or in a specific region of the state.

When the transferred asset is real property, how is the value of that asset determined? Can an appraised value be used? Should the tax assessor’s value be used? If the property is in disrepair, what type of evidence is required to prove the decreased value of that property? These issues were the topic of a recent case out of New Jersey.

In this case, the applicant appealed the final decision of the Director of the Division of Medical Assistance and Health Services (the Director) which imposed a penalty of 329 days because the petitioner failed to overcome her burden of rebutting the presumption that the sale of her home for less than fair market value was made to establish Medicaid eligibility. The court affirmed the Director’s determination that the petitioner sold her home to establish Medicaid eligibility, but because the Director’s decision regarding the penalty was contrary to the findings of an Administrative Law Judge (ALJ), the court vacated the penalty and remanded the case for further proceedings.

The petitioner was admitted to a nursing home in 2016, at which time she owned a home. Her son decided to apply on her behalf for Medicaid benefits, and upon learning that the petitioner could have little to no assets when the application was filed, he utilized a power of attorney to sell her home to a realtor and former high school classmate for $17,500, a full $87,200 less than the house’s tax assessed value of $104,700.

Following the filing of the petitioner’s Medicaid application, the Camden County Board of Social Services (Camden Board) imposed a 236-day penalty because the house was sold for less than fair market value. A specialist for the Camden Board testified that the petitioner had not supported her argument that her home was in poor condition and that $17,500 was a fair price when she sold it. She then submitted a realtor’s comparative market analysis, which the Board rejected because it was not an appraisal. She did not submit any photographic evidence, but she did submit testimony from the petitioner’s son and wife regarding the state of the house. According to them, the house was infested with bugs, had suffered water damage caused by broken and leaking pipes, and did not have functioning appliances, A/C, heat, or plumbing. The realtor to whom the home was sold also described the deplorable condition of the home, and claimed that he had spent some thirty thousand in remodeling, before selling the home for $53,000. A certified appraisal in 2017, ten months after its sale, set the house’s value at $78,000.

The petitioner then requested a fair hearing concerning the penalty, which was transferred to the Office of Administrative Law for hearing before an ALJ. The primary disputes before the ALJ were the value of the home, and whether the petitioner sold the home below its market value to establish Medicaid eligibility. The ALJ found that the realtor’s comparative market analysis was a marketing tool and not an appraisal. Although the house may have been in poor condition when sold, without photographic evidence, the competitive market analysis was insufficient to rebut the presumption that the property was not sold at its fair market value. Because the Camden Board’s specialist stipulated that the certified appraisal was sufficient, the ALJ accepted $78,000 as the appropriate value for the property, and deducted the $17,500 sale price to impose a penalty of $60,500, or 142 days.

The petitioner appealed, and argued to the court that the Director’s decision failed to consider the evidence presented at the fair hearing, that the decision was unsupported by law, and that the Division miscalculated the penalty. The court held that the record supported the Director’s determination that the petitioner failed to rebut the presumption that she sold her home for less than fair market value to establish Medicaid eligibility. However, the court remanded the case for further proceedings regarding the penalty because the Director’s determination was not in accordance with the ALJ’s findings. In particular, the Director did not mention the certified appraisal which occurred after the sale, which the Camden Board and ALJ accepted. While the Director could reject the ALJ’s decision, under N.J.S.A. 52:14B-10(c) the Director must state clearly the reasons for doing so. Therefore, the matter was remanded as to the penalty so that the Director may address these issues at hearing.

As with many issues in litigation, documentation is key. If a home is in deplorable condition, pictures are worth a thousand words. Had the petitioner had photographic evidence of the dilapidated condition of the home, the result in this case may have been different. The other lesson from this case is that a comparative market analysis is likely not sufficient evidence to establish the fair market value of a particular piece of real property. The final calculation of a penalty period is very important – the Medicaid recipient won’t be entitled to benefits until that penalty period has expired. This may leave the recipient without needed care for quite some time.

ElderCounsel is here to keep you up-to-date on cases throughout the country. Contact us today to learn about all of the benefits of membership, including access to our document drafting software, ElderDocx.