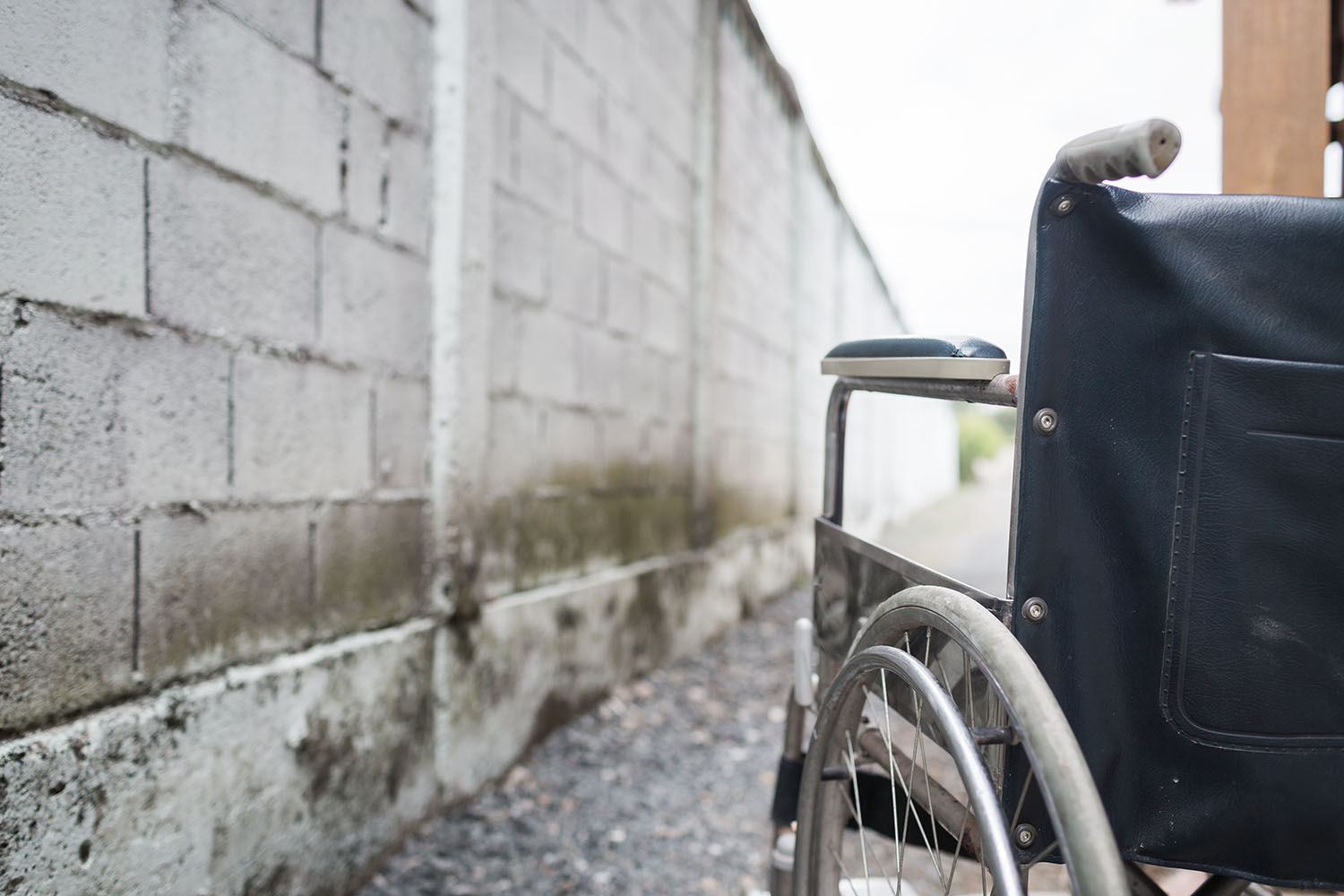 The hottest immigration topic this fall bleeds into elder law.  It concerns amendments to the Public Charge determinations for those looking to enter into the country or to alter their immigration status. Last year, the Trump Administration sought to expand the criteria for preventing entry into the country. The proposed rule was opened for public comment, and the final rule was issued last month.  Conforming to this expanded collection of possible negative factors in determining the worthiness of a person seeking to enter the country will have significant effects on all individuals seeking entry, or change in status, on and after October 15, 2019.

These changes affect the Public Charge Rule, a long-used tactic for permitting or denying entry into the country, or altering an alien status. As the amendments make it substantially more difficult to qualify for entry and status change, challenges to the law are flaring up like wildfires.

What is the Public Charge Rule?

The Public Charge Rule allows U.S. consulate officials to deny an individual entry into the U.S., or deny a change of status for those already present, if it is determined that the individual is likely to become dependent on certain government support or benefits. Until October 15, 2019, a slew of various benefits was not counted against the applicant. On and after October 15, unless delayed by the mountain of challenges developing, many of the previously non-detrimental forms of government assistance will become negative factors in the eligibility determination. The current, foundational, rules are found under the Immigration and Nationality Act of 1952.

”In determining whether an alien meets this definition for public charge inadmissibility, a number of factors are considered, including age, health, family status, assets, resources, financial status, education, and skills.” Thus, officials use a totality of the circumstances approach – no one factor will necessarily make a potential entrant ineligible. Although, the absence of an Affidavit of Support that must filed by the potential entrant’s sponsor, if required by law, can be used as a sole factor for denial.

The use of publicly funded healthcare, nutrition assistance, and housing programs are a few examples of assistance that are currently not a negative factor on one’s evaluation. Publicly funded healthcare examples are Medicare, Medicaid, Children’s Health Insurance Program (CHIP), federal and state employee healthcare plans, and Veterans Health Administration programs. Social Security Disability benefits are not a negative factor, but Supplemental Security Income is. Unemployment benefits are ok, but other unearned cash payments for income supplementation are not. Short-term institutionalization is not a detrimental consideration, but government funded long-term care is.

Some potential entrants are exempt from the Public Charge designation. This would include refugees, those granted asylum, and those seeking certain types of visas.

The Trump administration released the proposed amendments to the current law in late 2018. After the notice and necessary public comment period expired, alterations were made, and the new rule is set to go into effect in a matter of weeks.

The ineligibility criteria are only relevant to newly excludable benefits received on or after the date of implementation – October 15, 2019. In other words, if a senior applicant previously received un-excludable Medicaid benefits and files after the new rule’s implementation, but ceased the receipt of benefits on October 14, the individual’s prior receipt of those benefits would not be a negative factor. Those applying October 14 or earlier will fall under the previous rules.

The new rules will still approach each individual situation under the totality of the circumstances method; the major difference is that many previously acceptable forms of assistance will now be considered negative factors. Newly negative considerations include the Supplemental Nutrition Assistance Program (SNAP), most forms of Medicaid assistance, and various housing assistance programs. There remains an exemption from ineligibility for enlistees in the armed forces, those in the Ready Reserves, and their families.

The analysis of receipt of negative factor benefits is rather harsh under the new rule. A Public Charge is an individual that receives a total of 12 months or more worth of services within a 36-month period – the kicker is that each benefit received in a month is counted as one month each. Thus, the receipt of housing assistance and SNAP benefits (both benefits were previously not considered) in an affected month will count as two months toward that aggregate total. However, the determination can also be prospective. Any duration or expectation of benefits can actually be counted against the individual. Officials consider if it is “more likely than not at any time in the future…” that the individual will become a Public Charge – that is an enormous “if” with a lot of repercussions.

This is particularly hard on current aliens that seek to alter their status after the October deadline, but have received some sorts of disqualifying benefits in the last three years.  Consider the hypothetical undocumented foreign national on a work visa that loses gainful employment, becomes eligible for and receives housing and food assistance for 6 months before finding new gainful employment.  Those 6 months of dual benefits puts them at the 12-month limitation, creating significant damage to their totality of the circumstances determination.

For Richer, but Not Poorer

Much concern has been placed on the financial factors affecting determination. There are three obviously financially-based considerations in the recipe: assets, financial status, and resources. Additionally, education and skills are just another way of figuring out what type of employment or income the individual could potentially secure.

Avoiding the “Public Charge” tag is much more likely if an individual earns, or will likely earn, $39,000 or more per year. This is 250% of the poverty level. Thus, a professional seeking entry is quite likely to meet this burden; where an entrepreneur in their early stages is not likely to satisfy this condition and would have to bolster their profile in other areas. To put this further in perspective, for a family of four, the household would need to bring in $80,475 a year.

The common element of the condemned benefits, in both versions of the law, is that the points against one’s calculation are concentrated on income-based programs. On one hand, it may be unreasonable to expect the government to support those that seek to come to the U.S. – too many of our own citizens are currently destitute and in need of assistance and the U.S. already runs at a huge deficit. Our goal as a country is to have a self-sufficient society. However, the seemingly subjective and possibly arbitrary nature of these individual determinations is questionable at best. Without a systematic approach, an otherwise qualified senior might be turned away simply because an official is having a bad day, or suffers from some sort of bias. Further, denial could be based on a stroke of bad luck suffered by the potential entrant. Most of us, at one point or another, weren’t financially well off.  It takes a hand-up sometimes to get folks on the right path and able to fully provide for themselves and their loved ones.

Shutting Doors on the Aged and Disabled

Age and health are considered factors in the eligibility equation as well. Considering age and financial status together, the working life of a potential entrant or current alien is an important factor. Many countries tout average retirement ages that exceed that of the U.S. Hence, the fact that an applicant is 60 years old does not necessarily mean that they would be kicking up their feet, or in need of long-term care, any time soon. For example, it is said that the average retirement age in South Korea is more than 72 years of age – where it is only 66 in the U.S.

The repercussions of these changes only further undermine the potential contributions that could be made in our country by aged or disabled immigrants. In evaluating these applicants, the shots to their score compound: over 60? Ding; cystic fibrosis, too? Double-ding; and visually impaired? Ding, ding, ding!

Those in the aged and disabled populations are sometimes disadvantaged – suffering from higher rates of unemployment, discrimination, and poverty. However, there are many aged and disabled individuals that make substantial contributions to our society – even those on governmental assistance. Moreover, many of these individuals live productive lives without any aid. Penalizing a potential contributor on easily misunderstood or unfounded presumptions regarding age or disability is quite a perilous undertaking.

Consider the aforementioned income criterion for a current alien seeking a status change: an older individual, diagnosed with a disability, making less than the 250% income goal will have a tougher time qualifying for a status change than a younger, non-disabled, applicant making the same income. And, it is impossible to truly know which individual might end up needing government benefits some day in the future. That speculation is up to the official handling the application. Consequently, an official, likely uneducated in the nuances of the vast array of disabilities, could easily deem an applicant with a functional disability as a Public Charge – when in reality, that individual could as easily be capable of maintaining substantial gainful activity throughout their life.

It is not only the actual receipt of these ding-worthy benefits, but also the likelihood of the need presenting itself. Because the aged and disabled populations are often financially disadvantaged, the common perception is that they will surely need the government to aid them. This is not an accurate reality for many individuals in these groups – yet, the appearance is enough to be held against them.

Last month, the National Health Law Program and Asian Americans Advancing Justice, The National Immigration Law Center, and Western Center on Law and Poverty filed a complaint in a California federal court to stop the new rule from becoming effective.  The complaint argues that the new rule is arbitrary and capricious.  Advocates state that the new rule is an attack on communities of color, the elderly, the disabled population, and those who are vulnerable to poverty.  Opponents of the new rule state that individuals may not seek needed medical care or other help out of fear that their immigration status may be jeopardized.

It is unclear if the judge will issue an injunction until the matter can be litigated in court.

The Public Charge Rule will likely be changing soon.  The list of negative factors will grow and even the perception of a potential burden can also lead to the Public Charge designation. The coming changes expand the list of both verifiable and possibly-erroneous suppositions that may be employed by officials in deciding the fate of these individuals. It will be important to counsel seniors and their families on the implications of these new rules going forward, and to communicate the possible consequences of receiving aid to those effected in our communities.