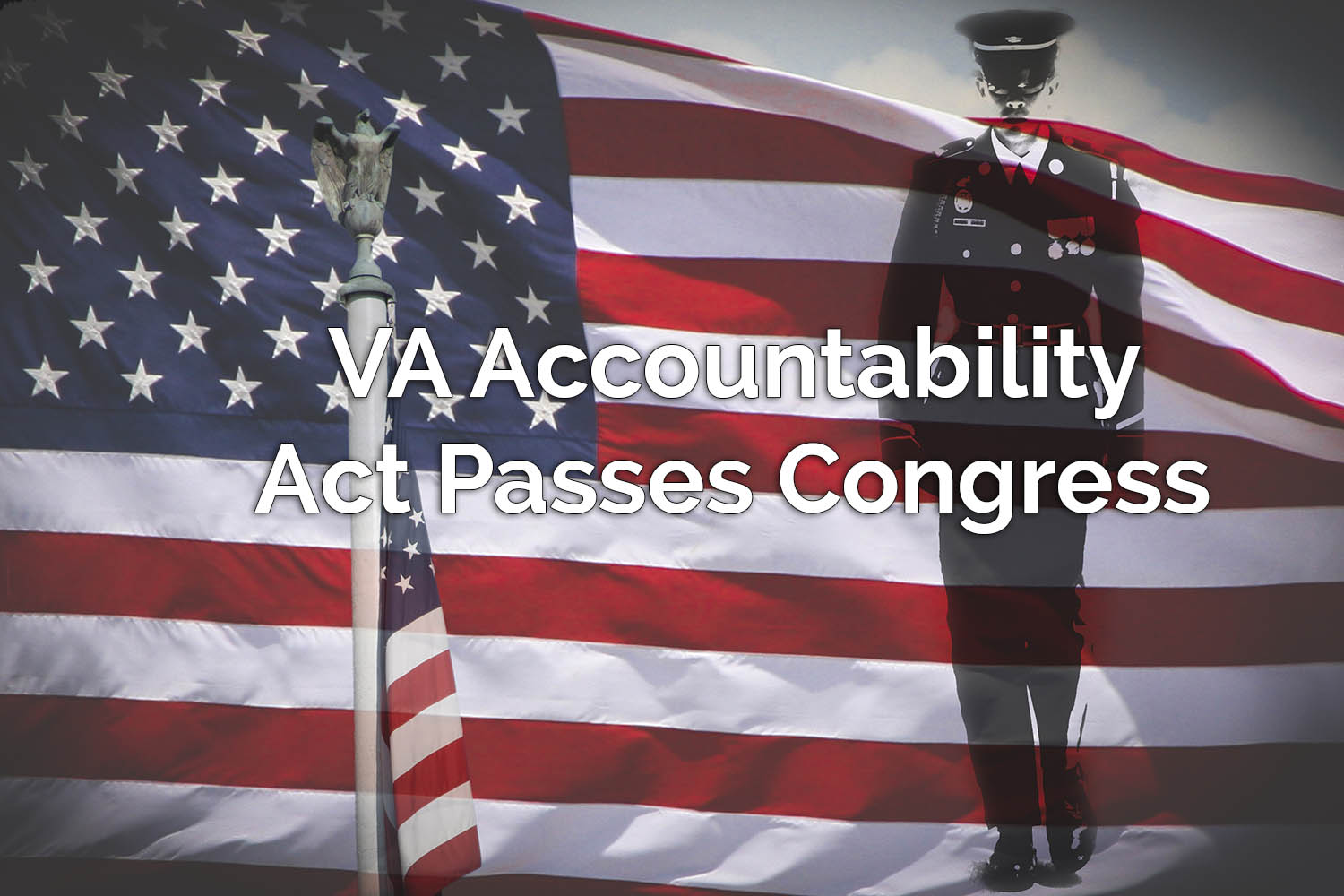 The U.S. House sent President Trump a bill last Tuesday that will make it easier for the Department of Veterans Affairs to discipline and fire bad employees and better protect those who report misconduct. The bill codifies the Office of Accountability and Whistleblower Protection Act and requires the VA to develop criteria to promote protection of whistleblowers.  The bill also requires the Assistant Secretary for Accountability and Whistleblower Protection to submit a report to Congress on the methods used to investigate employees and whether the methods are used to retaliate against whistleblowers.  In addition, the VA must measure and collect information on the outcomes of disciplinary actions carried out by VA during the 3-year period ending on the date of enactment and the effectiveness of such actions. Not later than December 31, 2017, VA would be required to submit to Congress a report on its disciplinary procedures and actions.  The VA Secretary can reduce a VA employee's pension if they are convicted of a felony that influenced their job performance and recoup any bonus or award paid to any VA employee if the Secretary deems that the employee engaged in poor performance or misconduct prior to receiving a bonus and the bonus would not have been paid if their poor performance or misconduct was known at that time.

Civil servant unions condemned the legislation, which was approved in the House by a margin of 368 to 55, stating the passage of the bill was an end-run around long-standing protections for government employees and whistle-blowers.  Unions representing some VA workers warned that the bill — which lowers the current standard of evidence needed to remove workers for misconduct — could be misused for political purposes and will do little to address the agency’s problems, including overburdened medical facilities and thousands of unfilled healthcare positions.

“This upends nearly 140 years of civil service law, and makes VA employees very close to ‘at will,’ which seems to be the real objective of the drafters of this provision,” said J. David Cox Sr., president of the American Federation of Government Employees, at a May 17 Senate hearing. “Although marketed as a bill to make it easier to fire bad employees, the proposals are designed to kill off and bury the apolitical Civil Service. It makes it just as easy to fire a good employee, an innocent employee, as it will be to fire a bad employee.”

Trump repeatedly promised to improve healthcare for Veterans and the efficiency of the VA during his campaign. The White House opened a Veterans’ complaints hotline earlier this month and Trump proposed an increase in funding for the Veterans Choice Program in his fiscal budget.  Dan Caldwell, director of policy for Concerned Veterans for America, an advocacy group, said the bill will replace a system he said is too bureaucratic, too slow and too lenient on employees, sending the message that the “days of employees who engage in flagrant misconduct” are over.

Caldwell called the bill a “key reform that needs to be implemented before you can start addressing ... anything at all, because if you don’t have accountability then any type of future reforms will be undermined.”

Both supporters and opponents say the legislation could serve as a model for civil servants in other government departments.  The bill is designed to speed up the discipline and termination process. Under the bill, the process to decide on action must take no more than 15 business days and the individual employee must respond within seven business days. It now takes six months to a year to remove a permanent civil servant in the federal government, according to the House Committee on Veterans’ Affairs.

House Speaker Paul D. Ryan said the legislation — one of the few bipartisan legislative accomplishments since Trump took office — will improve care for Veterans. “Now we’re getting the Veterans the kind of response and the kind of accountability they earned and deserved,” he said at a press conference before the vote.

Veterans Pension Planning, often referred to as "Aid and Attendance,” is a growing area that many elder law and estate planning attorneys are expanding into. VA Pension Benefits provide a monthly cash benefit to wartime Veterans or the surviving spouse of a wartime veteran who meet financial and medical criteria. ElderCounsel support attorneys through a drafting software and ongoing education so they are able and confident when adding this rewarding planning area to their business offering.