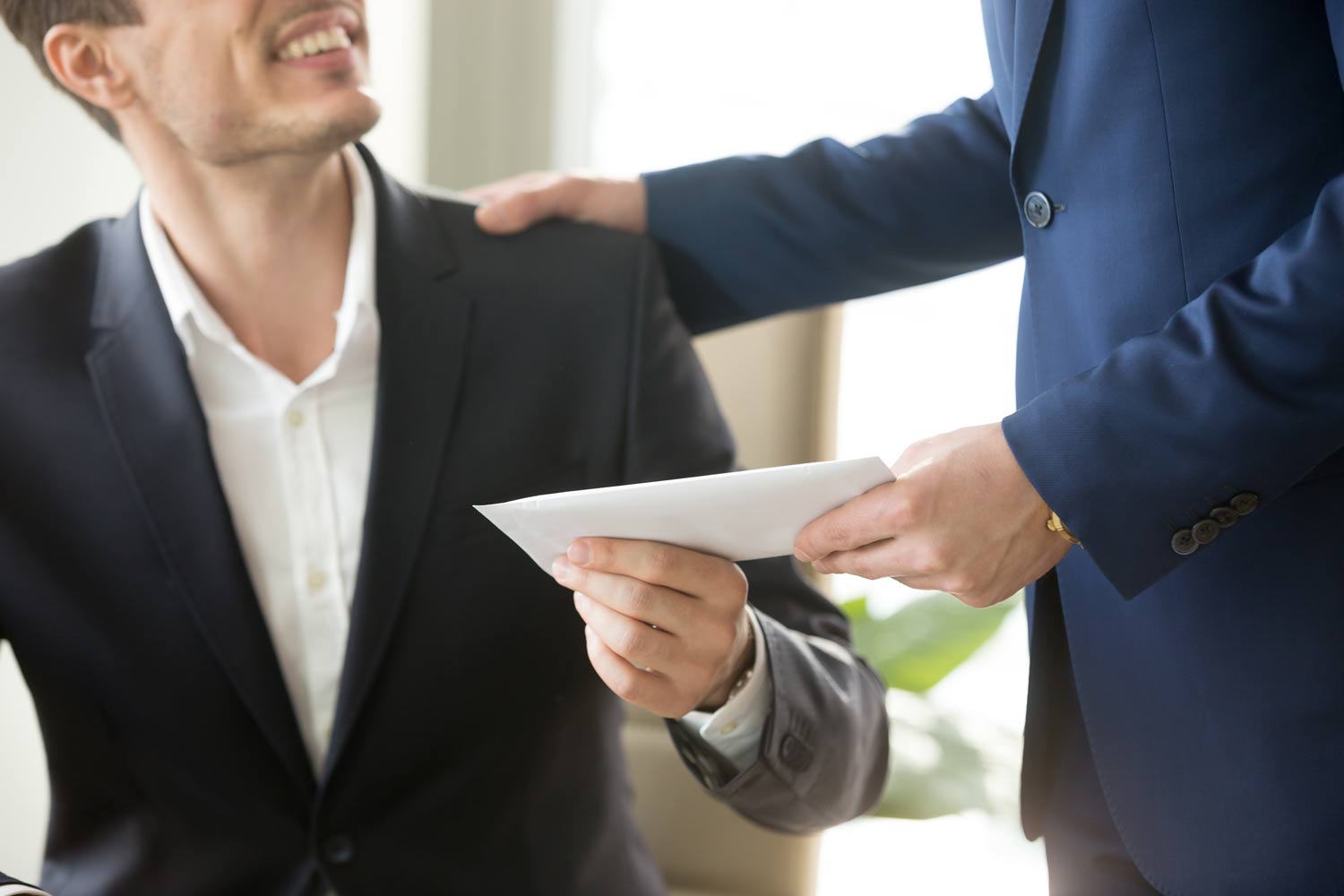 You probably remember from grade school civics class that the legislative branch creates the law, the executive branch enforces the law, and the judicial branch interprets the law. This latter task may seem easy at first glance.  However, courts often have great difficulty agreeing on the definition of a single term – “meaningful” in Endrew F.; “supervisor” in Vance v. Ball State University; and in the instant case, “correctly paid.”

There is a fundamental expectation that government-funded Medicaid benefits be repaid upon death from the recipient’s estate – if there is one. Indeed, estate recovery is mandated by federal law, if a state wants to receive federal funds for their Medicaid program.

A person applies for benefits, demonstrates need, is evaluated, and is either rejected or accepted for receipt of these benefits. The applicant provides the application and demonstration of need, while the department evaluates the individual’s eligibility and makes a determination. What if the department makes a mistake and an applicant is approved for benefits they did not really qualify for? What if a recipient accepts benefits that they are led to believe are philanthropic, but are actually recoverable against their estate? Should estate recovery be allowed in either case?  The Minnesota appellate court recently addressed these questions.

In Re Estate of Trahan

In a recent unpublished Minnesota appellate case, In Re Estate of Trahan, a decedent had received medical assistance benefits, including Elderly-Waiver benefits (EW), from 2010 to 2018. EW benefits are an additional benefit for recipients who require nursing-level care but would prefer to receive the care in a community-based setting. After the recipient’s death, the county sought repayment of $158,384.35 from his estate. The executor of the estate sent a notice of disallowance of claim to the county and the parties ultimately agreed to proceed in court. The executor argued that the EW benefits were incorrectly paid to the decedent.

(A)  In the case of an individual described in subsection (a)(1)(B), the State shall seek adjustment or recovery from the individual’s estate or upon sale of the property subject to a lien imposed on account of medical assistance paid on behalf of the individual.

(i) nursing facility services, home and community-based services, and related hospital and prescription drug services, or

(ii) at the option of the State, any items or services under the State plan (but not including medical assistance for medicare cost-sharing or for benefits described in section 1396a(a)(10)(E) of this title).”

So, estate recovery is permitted for "any medical assistance correctly paid" for "nursing facility services, home- and community-based services, and related hospital and prescription drug services."  What does the term “correctly paid” mean?  What if the recipient wasn’t entitled to those benefits?  Is it incumbent upon the recipient to not accept those benefits; or, is it up to the state to do a proper eligibility analysis?

In the present case, there was a roughly $130,000 discrepancy in the cost of benefits rendered, as the estate accounted for only $25,963.66 in benefits received by the decedent during his lifetime. The county argued that the decedent had received the EW benefits for several years and that these charges were also recoverable. The district court found that the incorrectly paid benefits were not recoverable by the county. Further, the complication created by the comingled charges made it too difficult to differentiate between those claims arising out of EW benefits and other medical benefits that were correctly paid. The lower court dismissed the county’s claim entirely and the county appealed.

On appeal, the appellate court determined that the lower court erred in finding that the county could not recover any of the benefits paid. The decedent applied for and received the benefits, and however improper, the benefits he received were recoverable by law. It can be deduced, by the detour the court takes from the estate’s argument that “correct” payment regarded eligibility, that the Court interpreted “correct” payment as a legitimate payment for benefits rendered to an applicant seeking coverage. In other words, an example of an “incorrect” payment might be the department erroneously paying for benefits not sought out by a benefited individual.

Additionally, because the lower court’s dismissal of the convoluted claims was based upon the finding that the improperly paid benefits were not recoverable, the appellate court remanded the issue of what the valid claims were to the lower court.

The dissent was a robust one. Judge Johnson details the extent to which the issuance of EW benefits should have been clearly inappropriate to any authority accessing eligibility. The recipient continued to ride ATVs on the trails nearby, he did not need assistance with any activities of daily living, and he managed his own affairs independently. Undeniably, he was not an applicant in need for nursing-level care and did not meet the requirements for EW benefits. Judge Johnson agreed with the estate that the language of the law states that “correctly paid” benefits were recoverable and that it is clear that the benefits were never appropriate, that the county did not proffer any proof of such, and therefore, these benefits were incorrectly paid and not recoverable.

Further, the dissent addresses that the county had no response or rebuttal to the estate’s claim that the county presented the benefits as free; as benefits that were not recoverable from his estate. Judge Johnson describes this persuasive act as “cajol[ing]” the decedent into accepting the benefits. Agreeing that the lower court did not speak to this issue – presumably because that court had already presented two other bases for denying the county’s claim – the dissenting judge expects the lower court to discern the merits of this argument on remand.

Lastly, the dissent questions the validity of the county’s specific claim amounts, as the math does not logically comport with the benefits outlined by the county and their assessment of the decedent’s care needs. The estate argues that the legitimate amount of benefits rendered were in the ballpark of $26,000, where the county sought roughly $159,000 in repayment.

The majority brutally posited itself on the notion that the decedent could have or should have refused the benefits that he was ineligible for. Since he applied for, received, and accepted benefits that he was not entitled to he, therefore, owed the county for those benefits under the law. In equity, it would seem unjust for the department to pay out tens of thousands of dollars in recoverable benefits to a requesting applicant only to be left empty-handed by way of a loophole in the language of the statute.

However, the statute permitting repayment for the benefits in question requires a “face-to-face assessment” by the county. Yet, even though the decedent’s ineligibility is not in dispute, he was somehow approved for benefits that any face-to-face meeting should have revealed, had it been done correctly, that he should never have been deemed eligible. In fact, in 2015, a caseworker’s notes fail to suggest, by any stretch, that the decedent was in any need whatsoever for nursing-level care. Curiously, this puts the recipient in a position where they must be more knowledgeable than the county’s caseworkers in what benefits and services he should be afforded. It also seems unjust for an applicant to be penalized for not knowing what he does not know he should know.

The majority makes an excellent point that disregarding the calculation of the legitimate charges (general medical benefits) – distinguished from those deemed illegitimate (the EW benefits) – was rather lazy. On remand, the district court is ordered to delve into the task – if the proceedings make it to that point.

Finally, the court briefly addressed the estate’s argument that due process and other equitable principles were disregarded when the decedent was misled, or duped, into accepting the “free” EW benefits. It determined that this argument could be considered by the district court on remand.

The Minnesota Court of Appeals seemed to have two main objectives in deciding this case – first, to define the term “correctly paid” in the governing statute, eliminating a potential loophole for recipients; and second, to leave open the ability for the estate, in this particular case, to succeed against the county. At first glance, this case seems to be a victory for the county and a loss for the estate. Upon a more detailed examination, it is clear that the court sought a balance of justness for the parties. For this particular case, the county’s ability to recover the benefits paid was protected, while the estate retained the ability to argue whether their particular facts and circumstances negate the county’s right to recover.