What is a Home Worth? Maher v. Illinois Department of Human Services 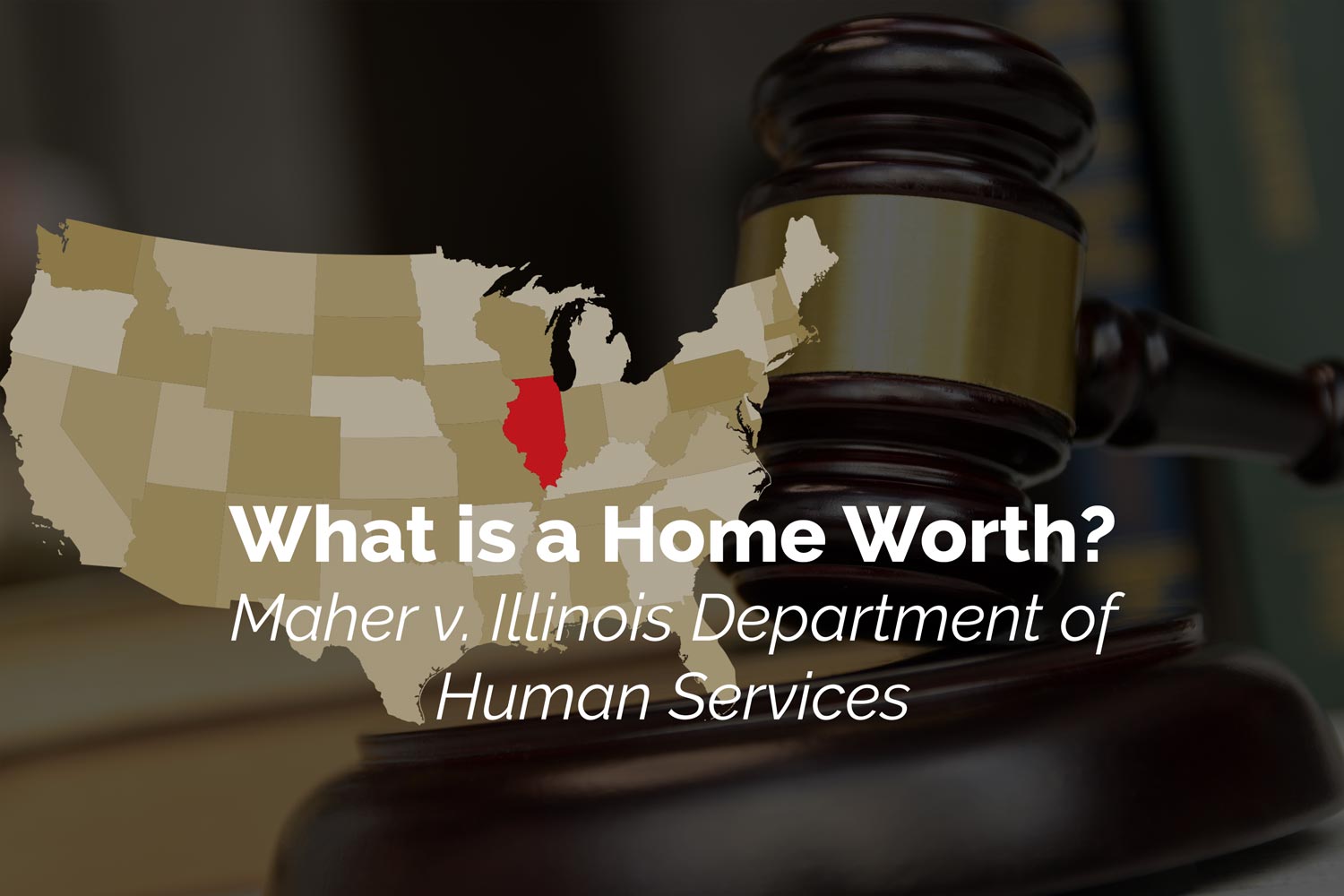 Recently, ElderCounsel published a blog regarding case law out of New Jersey regarding how the state Medicaid office imposed a penalty when a home was sold for less than fair market value. The Medicaid applicant had argued that the home was in disrepair and so the tax assessor’s value was incorrect. Now, a similar case has come out of Illinois.

In this case, an appellate court affirmed the Illinois Department of Human Services’ decision to subject the decedent, who had applied for Medicaid benefits, to a penalty for selling his home for less than fair market value in the five years before applying for benefits.

The decedent’s niece sold his house for $7,000 in the year before the decedent moved to a long-term care facility. That year he applied for benefits under the Aid to the Aged, Blind, or Disabled program, before dying the next year. The Department posthumously approved decedent’s application but imposed a five-month penalty period of ineligibility for benefits based on the difference between the residence’s fair market value and actual sale price, having determined that the fair market value of the residence was $26,130.

The niece’s affidavit declared that the decedent did not want to hire a realtor, and instead had the niece assist him with the sale. The affidavit stated that the property was in “terrible physical condition and needed extensive work.” It was not listed in any newspaper, nor had it been advertised for sale in by any means other than placing a sign in the window of the property. The affidavit stated that the initial asking price was $10,000, but that the only offer was for $7,000. The buyers were unknown to both the niece and the decedent. The eventual buyers submitted an unsworn letter stating that the initial asking price was $8,000. This letter also stated that the residence was purchased “as-is,” that it was not livable when purchased, and that they conducted repairs to the plumbing, screen doors, flooring, and light fixtures, as well as remodeling and repairing several rooms, cleaning, repainting, and landscaping. In the section of the Real Estate Transfer Declaration completed by the chief county assessment officer, the assessed value of the home for the tax year prior to the sale, 2014, was listed at $9,090, representing an assessed valuation of $26,130.

The plaintiff argued that the $7,000 purchase price was fair market value for the property, as the sale was an arms-length transaction, and the property was in such serious disrepair that no realtor would be willing to sell it. The plaintiff quoted Title 89 Section 120.388(f) of the Administrative Code as her legal argument, which states:

“Prevailing price is what property would sell for on the open market between a willing buyer and a willing seller, with neither being required to act and both having reasonable knowledge of the relevant facts.”

The Department, on the other hand, offered the 2015 tax bill for the property as evidence, which showed that the fair cash value for the parcel was $26,130. The Department maintained that there were no efforts to advertise the house other than the sign in the window, the niece’s affidavit did not explain how the initial asking price was determined, and the buyers did not estimate the value of the property in their letter. Finally, the Department argued that the absence of live witnesses, and the subsequent lack of opportunity for the Department to cross-examine witness’ testimony, meant that the plaintiff’s evidence lacked reliability. The Secretary of the Department upheld the penalty under Title 89, Section 120.388(f)(1) of the Administrative Code, which states:

"In determining if FMV has been received for an asset, the Department shall use all reasonable means available and consider all relevant facts and circumstances relating to the asset and the transaction, including, but not limited to: the cost or price paid for the asset, whether the transaction was at arm’s length, comparable sales, replacement cost, and expert opinion.”

The lesson from both the prior New Jersey case and the instant Illinois case is that documentation is key. In order to possibly rebut the prevailing usage of the tax assessor’s value of real property, extensive documentation must be provided. This case also brought out another point – it also matters how you sell the property. A simple sign in the window may not be sufficient, as one may attract more potential buyers with more effort.

ElderCounsel is hosting a free Medicaid planning webinar on October 13th you might find helpful. Proactive Medicaid planning is often based on hope that your clients’ health will be stable for five years or longer. However, all is not lost if their health fails before the look back period has passed.

Join us to learn how you can take that call with confidence and get to work in helping your clients overcome this unexpected turn. We will discuss how to evaluate the situation and provide guidance and most importantly assure your client’s family that everything will be ok.